March for Life in Dallas 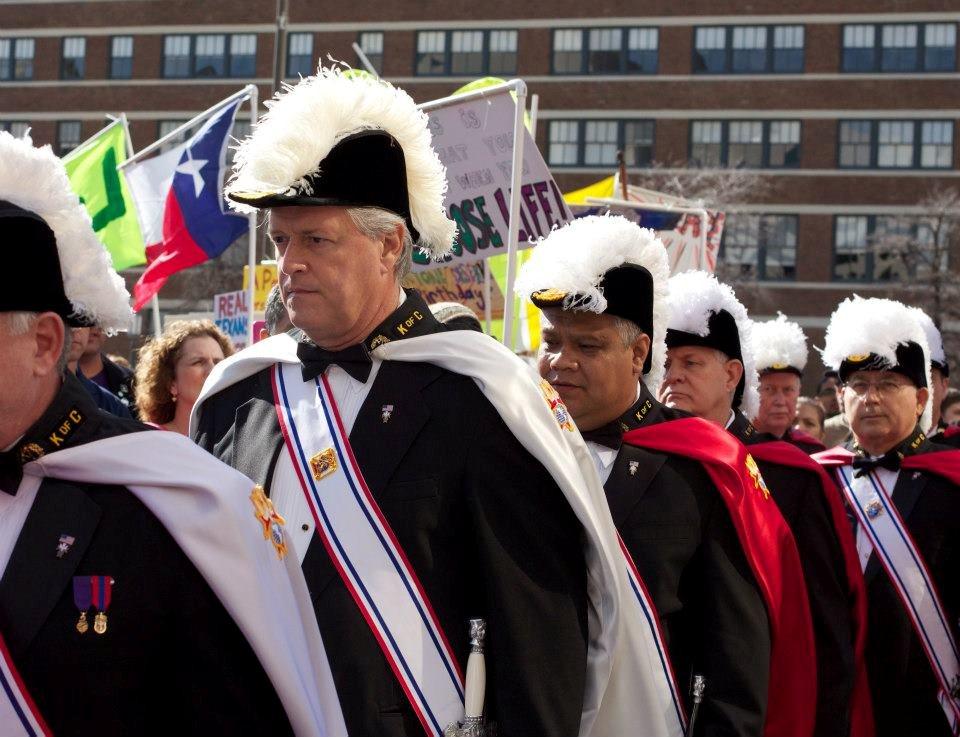 The theme of this year’s events was “Exodus 20:13 Thou Shalt Not Kill.”  As Bishop Farrell explained, it “is a fitting reminder from Almighty God in the year 2013, the 40th year of the legalized killing of the unborn, that life is sacred and must be protected and that the killing must end.”

Following the rosary, the Roe Memorial Mass, attended by over 3,000 (overflowing into the Grand Salon and the Cathedral Plaza), was co-celebrated by Bishops Kevin Farrell, Doug Deshotel and Mark Seitz, and diocesan clergy. Fr. Zach Webb delivered the homily, reminding us that changing the law is not enough; we must devote ourselves to converting hearts through God’s love to embrace life.

And at the close of Mass, and a parallel worship service at First Baptist, over 10,000 people took to the streets to March for Life to the rally outside the Earle Cabell federal court house were Roe was first filed in 1970.  During the Rally, Bishop Farrell challenged attendees to be activists for Life not just on the anniversary of Roe v. Wade, but throughout the year.  Bishop Farrell’s call to action was followed by the inspirational presentations of Richard Ellis, radio host and pastor of Reunion Church; New Wave Feminists founder Destiny Herndon-De La Rosa; Chris Wheel of the Fatherhood Ministry at Oak Cliff Bible Fellowship; and Reverend James Flynn of the Fort Worth Diocese, plus the powerful testimony of abortion survivor Angela Martinez Balderaz.