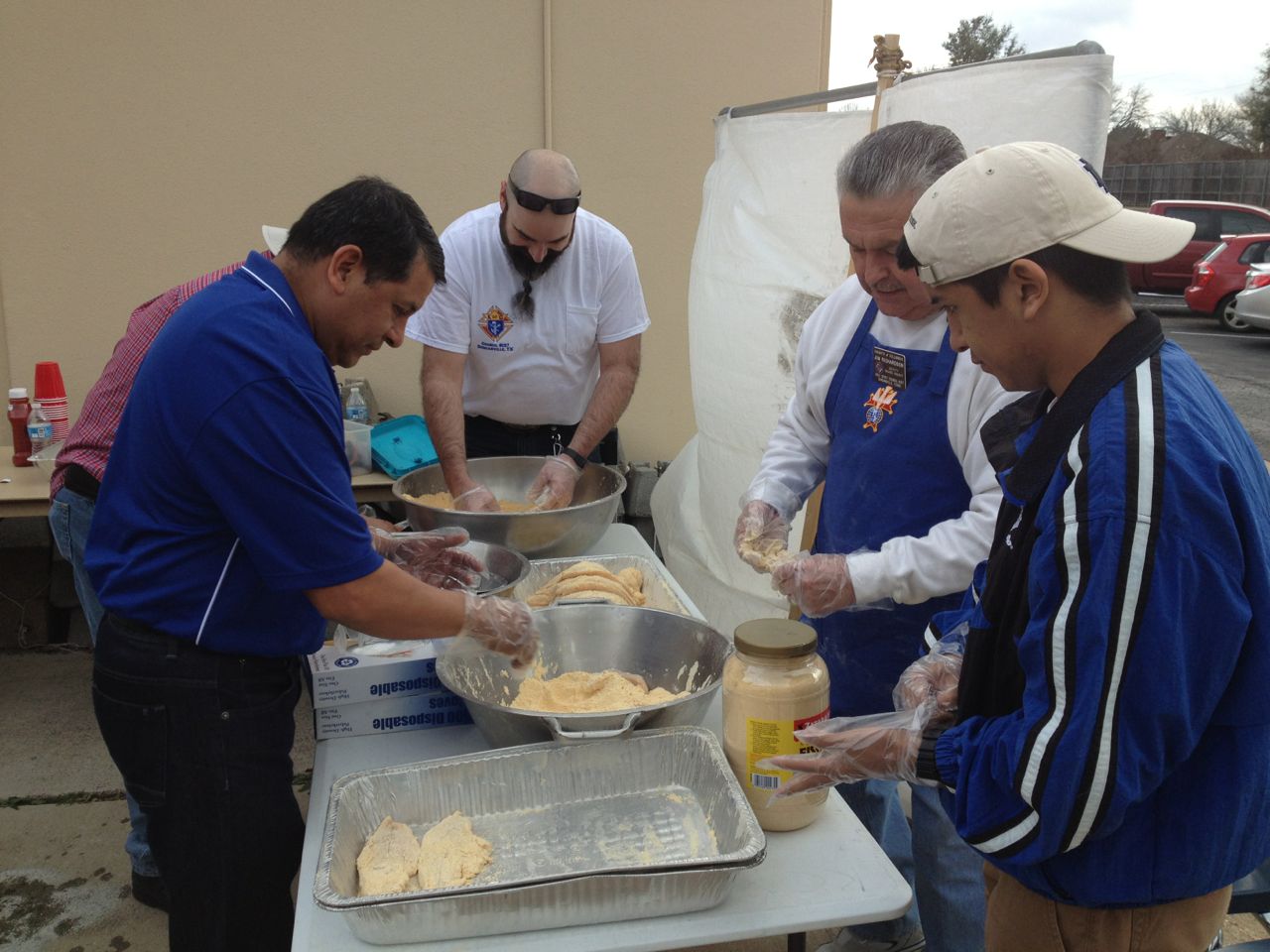 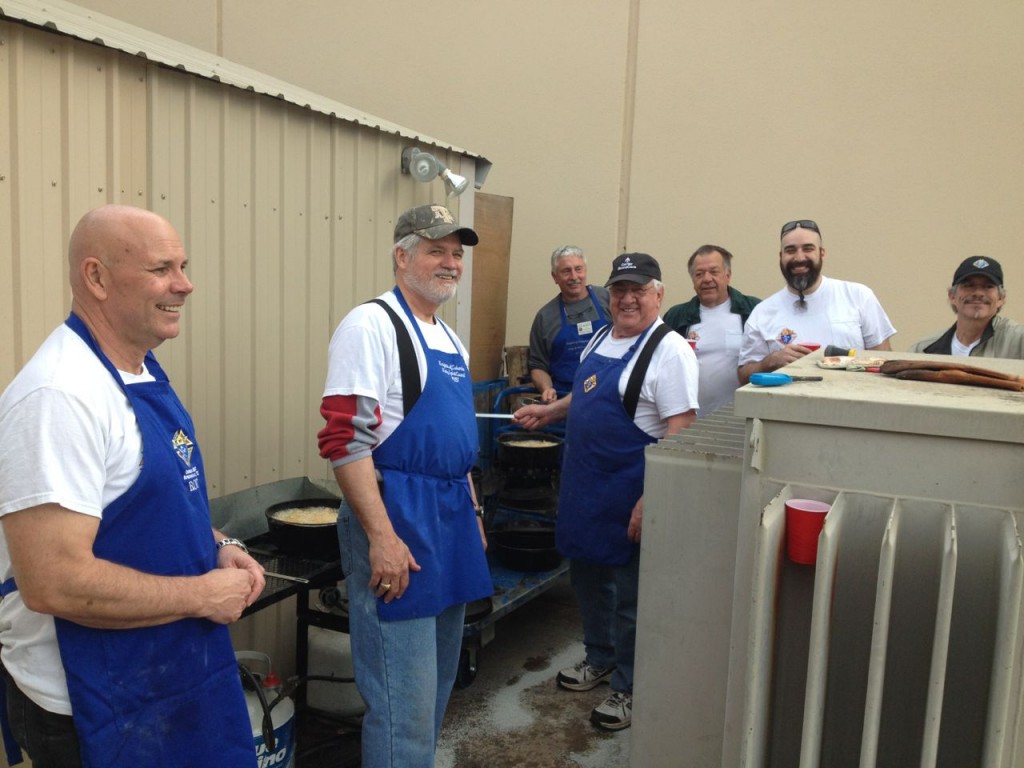 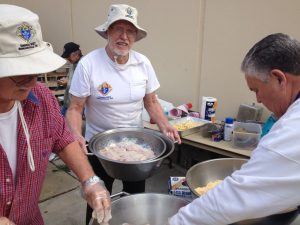 [dropcaps] O [/dropcaps] n the first fish fry of the 2015 Lenten Season, which took place on Friday Feb 20, we served 175 regular dinners and 17 children dinners. Our menu this year featured good old American farm-grown catfish fillets breaded with our special seasoning mix and deep fried to perfection in vegetable oil. Although our original seasoning recipe has a slight built-in kick to it, we always have some special customers who request their meals extra spicy, and we are more than happy to oblige. The hush puppies we re-introduced this year into our menu were a delight, and we just hope our source can be consistent in providing them through the end of Lent. For $7.50 per plate you get 2 large fillets, hush puppies, french fries, baked beans, a garden salad and a drink. A real bargain at that price. The new children’s menu this year included fish sticks with macaroni and cheese. 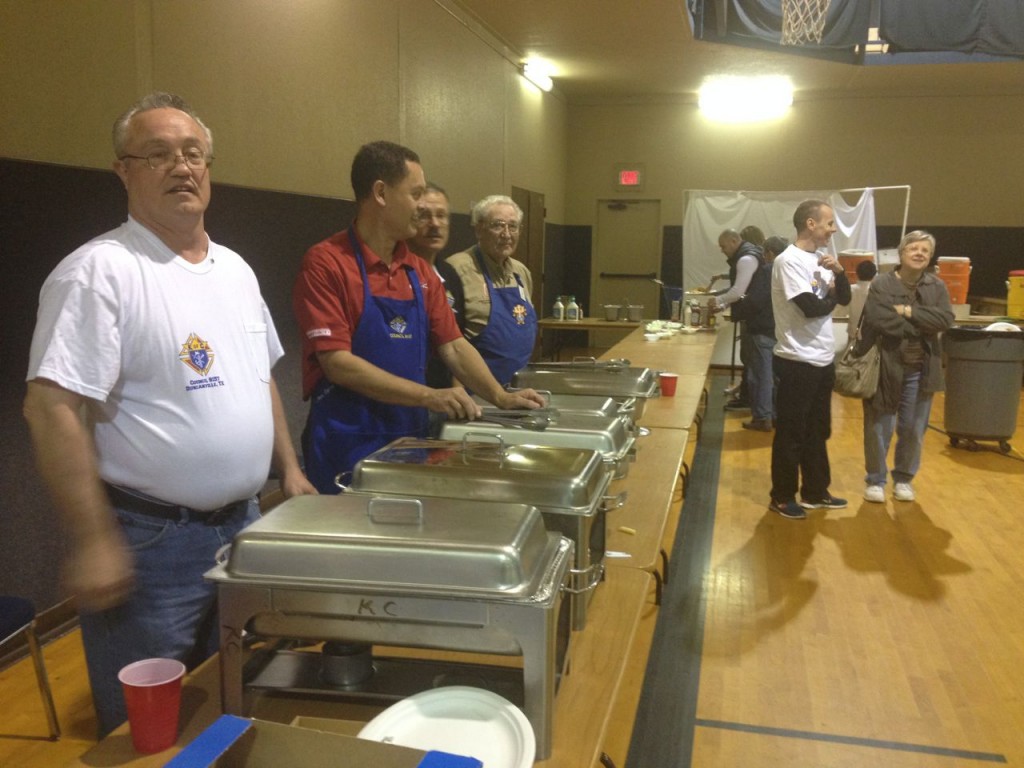 Let’s not forget to mention the chocolate chip home-made cookies that Andy Goza and family tirelessly but lovingly bake for all of us. Frank Salazar came out to prepare his signature cocktail sauce with that distinctive horseradish kick. And much to everyone’s delight, Mike Fitzgerald prepared his delicious baked beans once again, a great accompaniment to the spicy catfish.

The Knights who participated in this event found a relaxed backyard cookout atmosphere and great camaraderie in the company of men who do what they do in service to their community. Among them were: 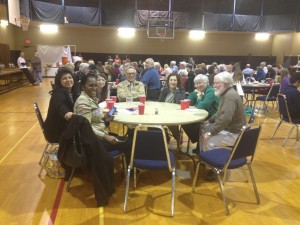 There were also several Knights who came out to support our council by bringing their families to dine with us and among them were, Mike Higgins, Russell Gully, Tom Greco, Michael Clark, Roy Cormier, Deacon Paul Wood, Ray Maddy, Bill Dover, Deacon Charlie Ruelas, Pat May, and Rolando Sobalvarro.

The Knights’ fish frys will continue every Friday during Lent.