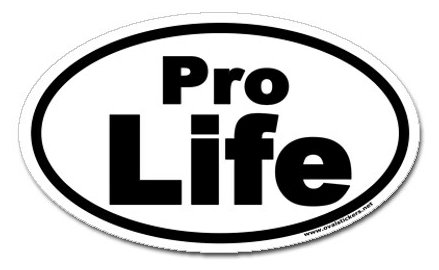 Our second annual Hike for Life in Duncanville will take place on Saturday October 11th at Armstrong Park in Duncanville, TX. We will start promptly at 8:00 am with registration and give out H4L shirts for everyone who raised $20.00 or more. After registration, Fr. Joe Lee will give a blessing followed by the Pledge of Allegiance with assistance of the Knights of Columbus Color Corps. There will be Pro-Life speaker who will talk to us about current Pro-Life events. Immediately after we will start our 5K walk or run. A 5k hike is equivalent to 3.1 miles which is a little less than four times around the park. After the 5K Hike we will all enjoy hot dogs, drinks and snacks prepared for us by the our own Knights of Columbus Council 8157.

Our first Hike for Life last year was huge success, it was a beautiful day and the temperature was perfect. We achieved our three part H4L goal by 1) raising awareness that we all need to be more involved in Pro-Life, that innocent lives are lost every day and that it isn’t going stop without our help. 2) By raising funds for Crisis Pregnancy Centers so that they may continue their life saving mission, We raised over $1000.00 last year. 3) To distribute Pro-Life literature and t-shirts. While many Pro-Life walks around the country require that you bring in hundreds of dollars before receiving a T-shirt, we don’t. We want these shirts out in the public so that others will see the beauty of life depicted on the shirts and to gain assistance with an unplanned pregnancy using the phone number we supply on the back of every H4L shirt. You never know who will see your shirt when you are walking around or standing in line at the store… so wear your shirts often.

As Catholics, Knights of Columbus have the responsibility to work for the common good of society. Our Holy Father has called us to be Pro Life, from conception to natural death. The Pro Life movement needs witnesses to act through personal involvement and daily actions.

ACE stands for: Pro-Life without Apology, without Compromise, and without Exception.

I am happy to announce that the following Knights and some of their spouses have met the requirement by viewing the documentary, “Blood Money, the business of abortion” in its entirety, on Thursday April 3rd at Holy Spirit Catholic Church:

The Northpark abortion center on Meadow Road near Greenville Avenue in Dallas closed its doors on June 1st largely because of the legislative approval and judicial review of HB 2, which placed stricter rules on abortion providers in the state. The Catholic Pro-Life Committee had a memorial service that began at 8 a.m. with Mass at Christ the King Catholic Church at 8017 Preston Road, followed by a rosary procession by bus to Northpark. The Mass and memorial service was said to remember the thousands of children who lost their lives at this abortion site.