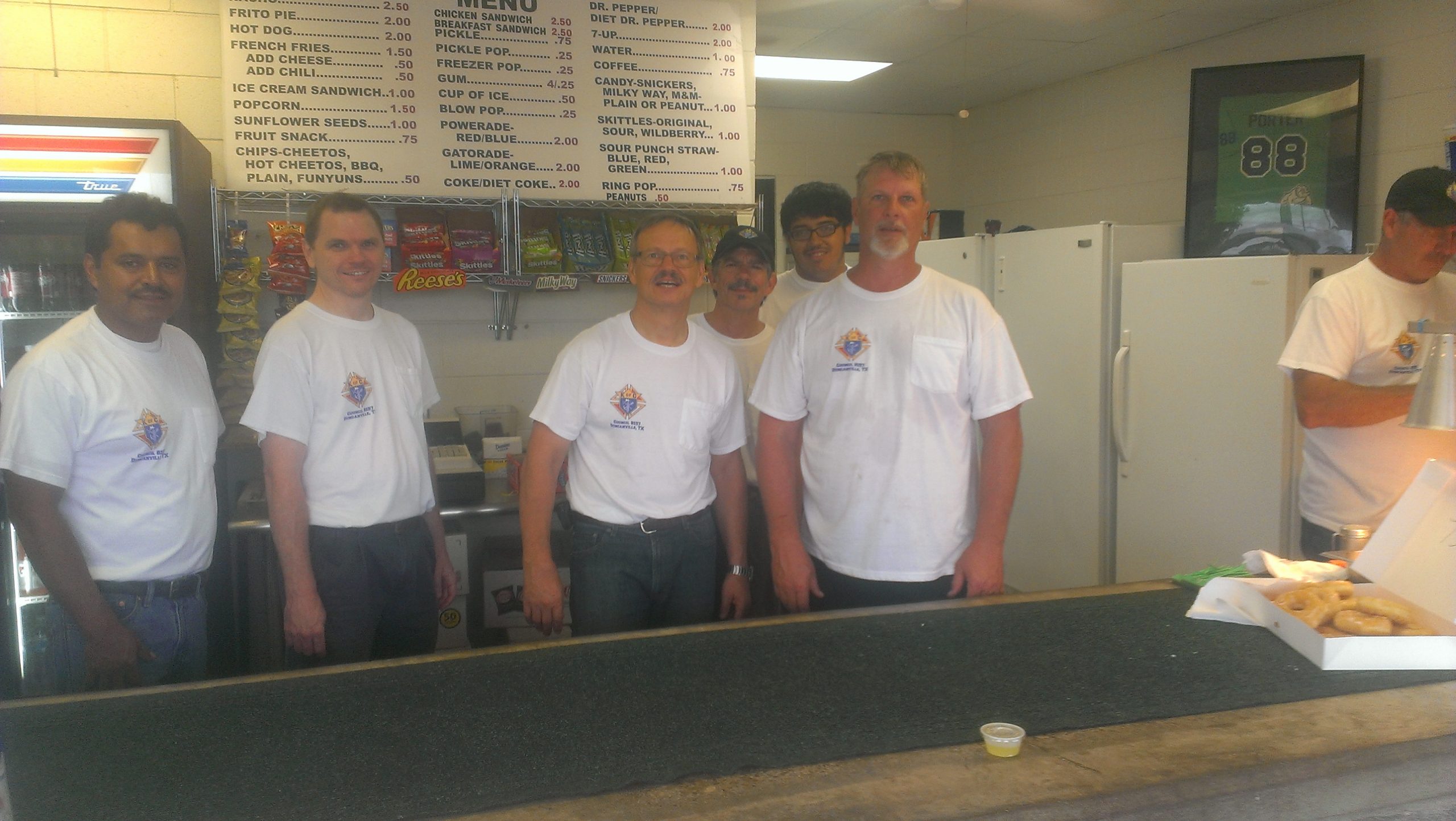 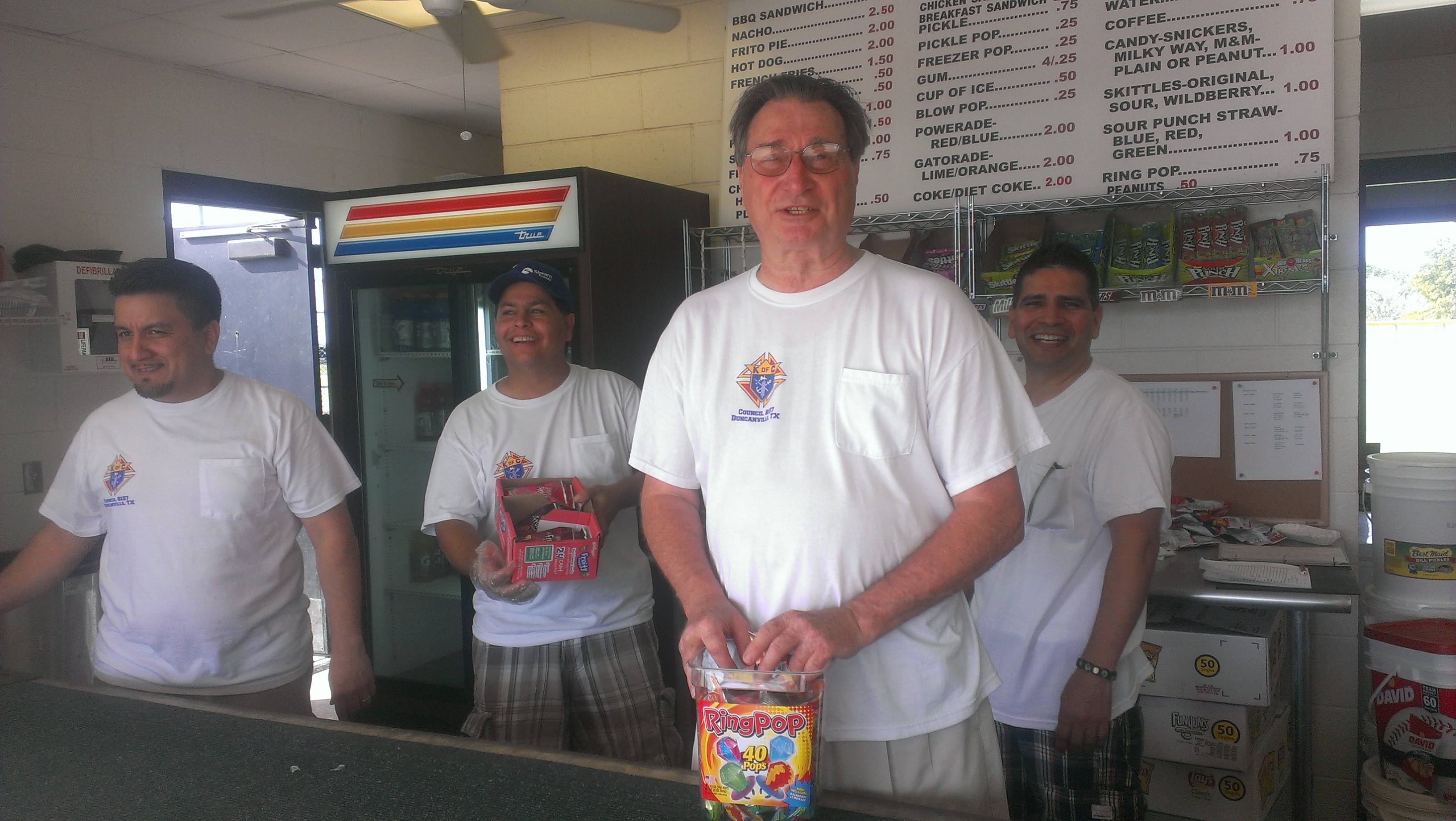 [dropcaps]S[/dropcaps]ixty-six Knights from Council 8157 volunteered to work at one of the concession stands during the little league World Series tournament completed on Sunday June 29th.   This was, by far, the largest contingent of Knights to work any project in the 30+ year history of this Council.  121 games were played at Valley Ridge Park and 36 were played at Dot Thomas Park from June 25th thru June 29th.  Knights worked a total of 105 work shift of 4 ½ hours each for a grand total of 472+ man/hours.  Add to that all the preparation time and stocking time by the baseball committee and the total man/hours exceeded 550.  For these hours more than $20,000 in sales was generated.

On Wednesday June 25th, all the team (there were 73 teams in the World Series this year) players and coaches and fan were at Valley Ridge for instruction and registration and skills competition.  This was cut short by rain; but the games started on time at 8:00am on Thursday at both Valley Ridge and Dot Thomas.  Since no one was allowed to bring food or drinks into the parks, the concession stands were open by 7:00am and usually closed by 8:00pm.  Typically 6 Knights worked each of three daily shifts at Valley Ridge and two Knights worked each shift at Dot Thomas.  In addition to the traditional fare of Breakfast sandwiches, BBQ sandwiches, chicken sandwiches, hot dogs, French fries, popcorn, nachos, Frito pies, drinks, candies and snacks, this year we added Earl Campbell sausage sandwiches and snow cones.  Dot Thomas’ menu was somewhat abbreviated.

There were many hero’s at this years’ event; Knights who went above and beyond the regular 4 ½ hour work shift.  Here are some of them:  James Smith/Andy Goza made 1 or 2 trips daily to the parks stocking each with raw materials.  Ken Rarick not only worked three shifts – but one of the shifts was on his birthday.  Mike Rumsey worked three regular shifts and then filled in on an emergency basis on very short notice for a fourth shift.  Hendrick Maison worked a shift on Friday afternoon and Sunday morning and then stayed until 4:00pm because we needed the extra help.   Jeff Miller switched shifts on practically no notice at all and then stayed an extra 2 hours because he saw we needed the help.  Larry/Shiela Balagna worked two shifts at Valley Ridge (Thursday and Friday morning) and then closed Dot Thomas on Sunday afternoon.  Ray Rivera not only worked three shifts; but also convinced his grandson to help on two of those shifts.  Steve Castillo worked during the day at his regular job and then worked at the ballpark at Valley Ridge from 4:00pm until closing on Thursday and Friday.  Greg Warr not only did the accounting for the entire spring baseball season; but also worked two regular shifts and then pinch hit for another shift at Dot Thomas.  Jan Araki quietly worked the counter on three shifts and always insisted on paying for the items he ate or drank. 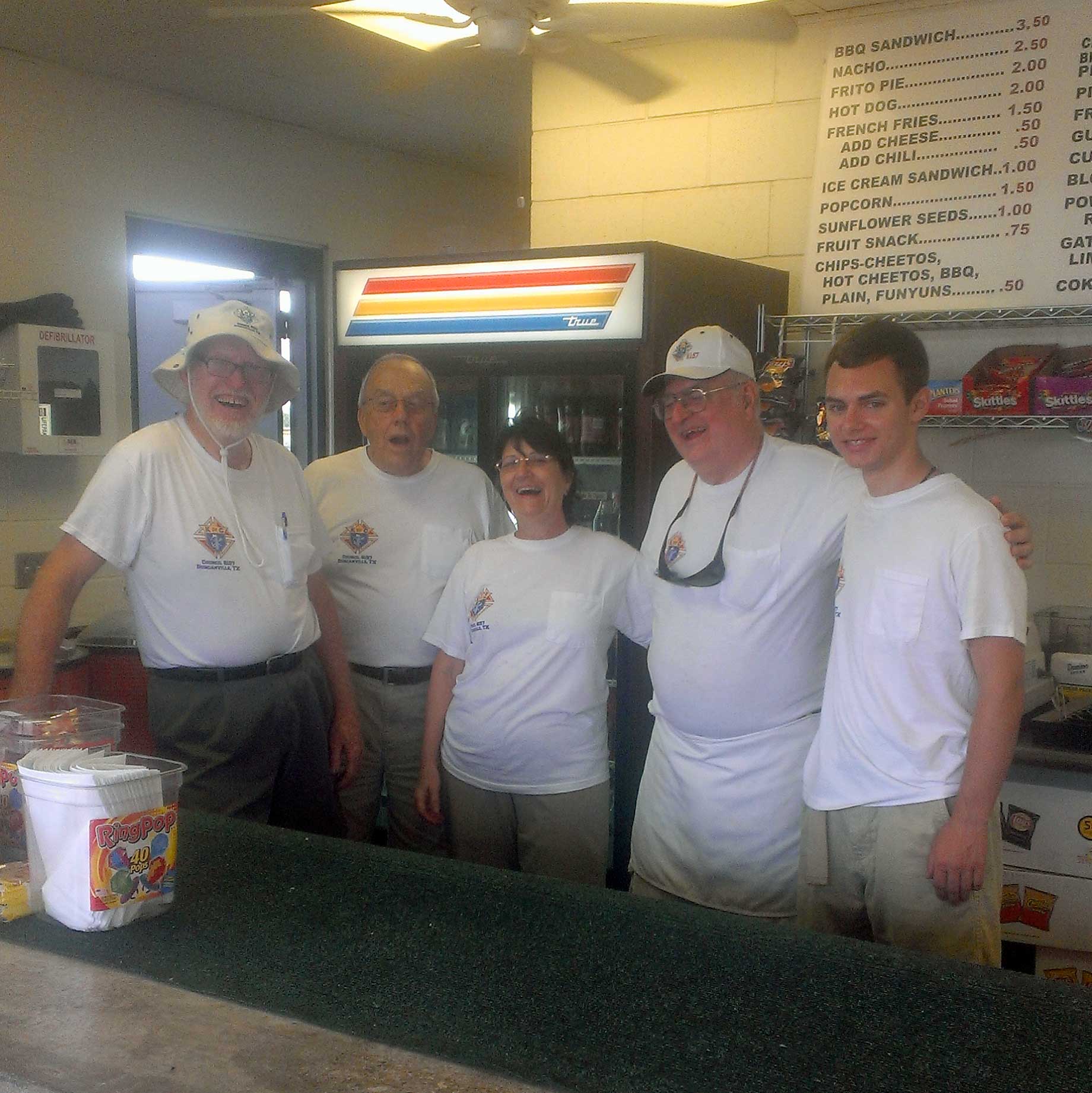 To all the Knights who participated in this years’ event, the Council and in particular the baseball committee would like to say “a job well done” and thanks to all.  You have made your Council proud.