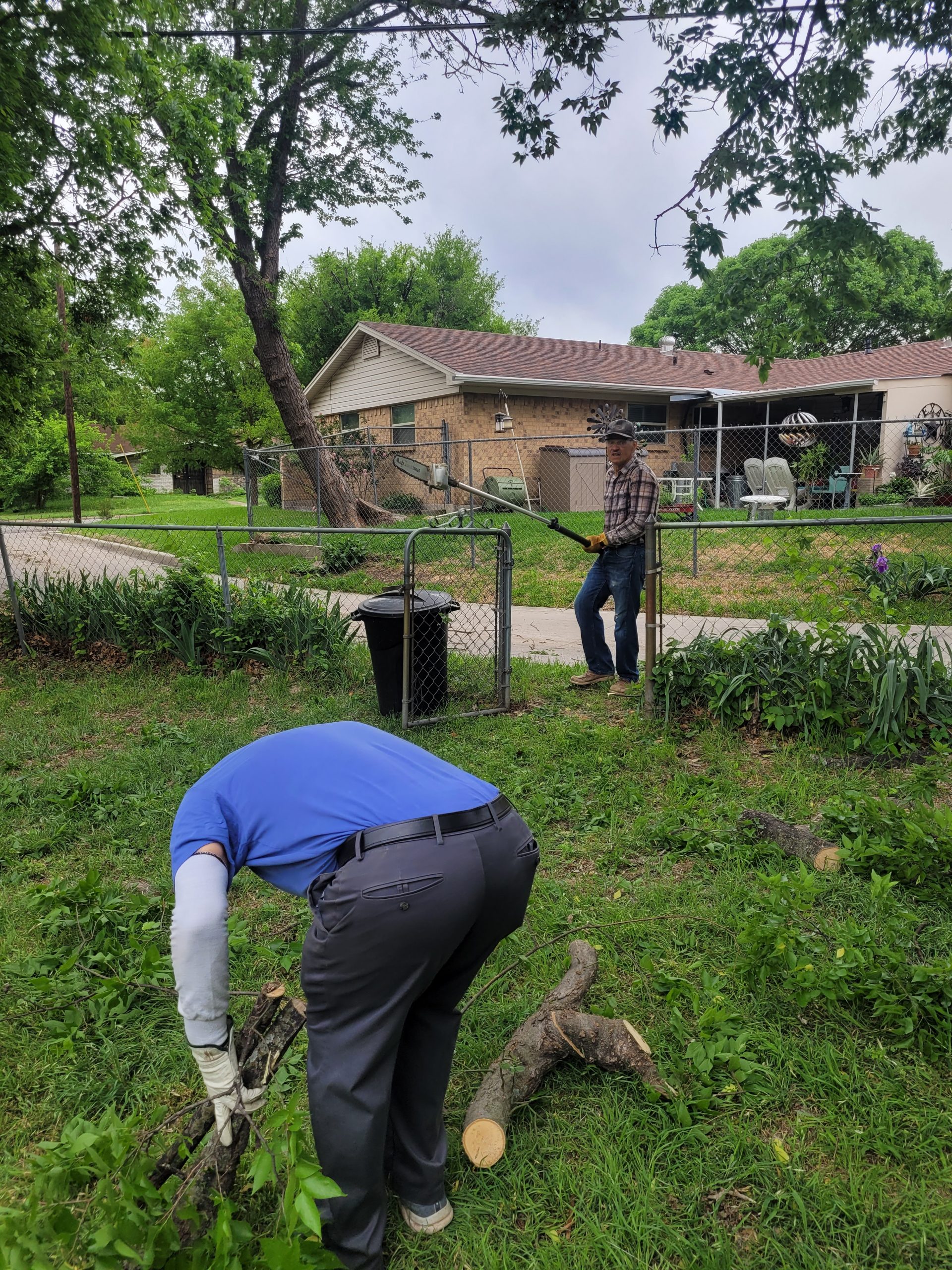 What is in the heart of these dedicated, kind, generous men who are willing to give up a day or two of their lives to help a lady they have never met and one they will probably never see again? On April 28th and 29th of April, 2022, twelve Knights of Columbus did that very thing. In conjunction with the City of Duncanville and P.I.P. (Property Improvement Program), these men met at the home of Barbara Collins and performed -dare I say – a miracle on her home in Duncanville. The first task was repairing a large area of her roof that had been damaged by swaying tree branches. The second task was to repair a large hole in the roof. Larry Balagna, David Dybala, and Jack Ramsden found that place in their heart that said “let’s do this”. This job required ingenuity, resourcefulness, and just plain hard work to complete. This work was completed on Thursday April 28th in about 24 total man hours.

Both fence gates needed rebuilds. One had no bottom rail at all and drug the ground and the other had a large gap which allowed Mrs. Collins dog to escape from time to time. Jose Montoya and Efrain used many of their brain cells to figure our how to make these repairs.

One dead tree (the one causing damage to the afore mentioned roof) was cut down and several other trees were trimmed by the lumberjack of the Council – Mike Fitzgerald who was ably assisted by Ken Rarick and Antonio Razo. Amazing is the only word I can think of to describe their work.

There were many rotted sections of fascia and some soffit areas that had to be replaced. Not an easy task by any means. This did not hinder Larry Balagna, David Ybarra, Dan Murphy and Jesse Radillo from the task. It is always challenging to to repair rotted sections of an older home, but that did not deter these men in the least bit.

There were a few other minor repairs as well. The trim around the garage door had to be replaced. There was Jack Ramsden and his ever “can do it” attitude to handle this little project.

In the end we all agreed it was time well spent. But it didn’t answer the question of why these men are prompted to give of their time and talent. My guess that answer lies in each man’s heart. In the end we spent 96 man hours of work to make Barbara Collins place just bit nicer. Each of went home on Friday afternoon knowing we are part of an amazing group of men that really care for their fellow man. We have been the given the gift and talent to help one another and we should share that gift. The past two day we did.