[one_half]Charged with the Public Relations activities of the council our mission in the Awareness Committee is to communicate to our brother Knights and the parish community about upcoming events and past events involving the Knights of Council 8157.

[one_half last=last] We accomplish this by keeping this informative website updated with fresh content and reports from our service program events; by publishing quarterly Newsletters (in both paper and electronic formats); by maintaining an up to date email list and preparing and sending out email campaigns as they are needed. By maintaining an up to date calendar of events here on this website, and on the District Diocese and state websites. We also maintain a section of the Community Center bulletin board; place articles in local and national publications and we maintain a Facebook page. [/one_half] 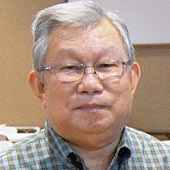 Al Alonzo is an avid photographer and is responsible for the creation and upkeep of the council's Facebook page. As a member of the Awareness Committee he contributes his photographic skills and computer talents to keep our bulletin board updated with current certificates and posters. He has been a member of our council since June 2011 and serves as a member of our Degree Team. 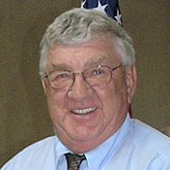 Allen Reitmeier was the Knight who coordinated all the activities involving the operation of the concession stands until recently. Allen, the recipient of the 2010 Knight of the Year award has been a Knight since November 2007 when he was invited to a Knights of Columbus insurance meeting where Bob Foster handed him his first Form 100. Allen became an active Knight right away by helping with the baseball concessions and finally taking it over in the Fall of 2008. Allen was instrumental in attaining the Cedar Hill concessions and has been the main contributor to its success. A lot of hard work goes into planning, running and organizing this highly successful money-maker and is one of the key reasons for the success of our Council. Allen also started the Awareness committee to increase communication in our council. In just over three years this project became an enormous success producing thirteen newsletters and dozens of articles, some published in the Texas Catholic and Columbia Magazine. What started out as a simple tool of communication has blossomed into a media mecca where everyone can read about all of our service program activities, upcoming events, etc., and this has been instrumental in new member recruitment. Allen is a Newsletter and Website Copy Writer, and he manages our Email List database.

Jorge is the editor of the council's newsletter, Knights Life, and our website editor and administrator. He also manages our web calendars and our email marketing campaigns. Along with six other council members in the Awareness Committee they serve as the Public Relations unit of the council. Jorge discovered his appetite for art and creativity at a young age, soon after emigrating from Ecuador to New York City and reuniting with his parents and siblings. Jorge has owned his own print broker and web design business since 1990, his clientele has included high-profile national political campaigns for 16 years. After handling the Public Relations for Holy Spirit’s Fall Festival two years in a row, he joined the council’s Awareness committee soon after joining the Knights then turned his attention to creating this new website for our council. Inspired by the fact that his father was a natural illustrator, Jorge attended the New York School of Printing in New York City where he studied pre-press and graphic design. Kathie, his wife of 37 years, is a psychotherapist in private practice. They moved from New York to Texas in 1981 and began attending Holy Spirit in 2010. They have three grown children, Jorge Jr., Javier and Rafael.