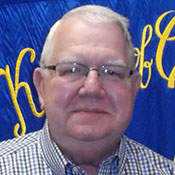 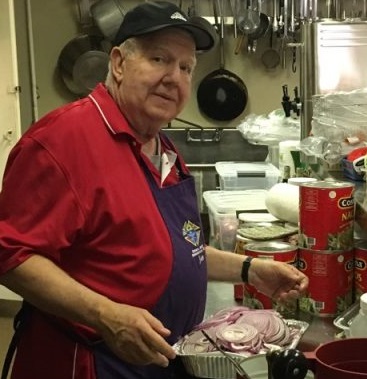 Jim has certainly put his stamp on the position of director of church activities in his two-plus years on the job. He has added multiple new activities and put great effort and creativity in expanding existing events. Jim and wife Sharon live in Cedar Hill. He grew up south of San Antonio in the small town of Jourdanton. Jim graduated from St. Mary’s University in San Antonio and met Sharon on a blind date while in college; they celebrated their 48th anniversary in May. He joined the Knights as a college junior in 1968, was deactivated while busy building a career (21 years in the U.S. Army, retiring as a major in 1989, followed by a civilian career that included manufacturing scientific lab equipment) and rearing a family (three children and now five grandchildren), and returned to the KC fold in 2014 after relocating from Virginia back to Texas. The Stavinohas have the distinction of having children who live in Midlothian, Texas and Midlothian, Virginia. Jim is in his second fraternal year serving as the council’s recording secretary and is also the Faithful Pilot of the Fourth Degree assembly 2799.