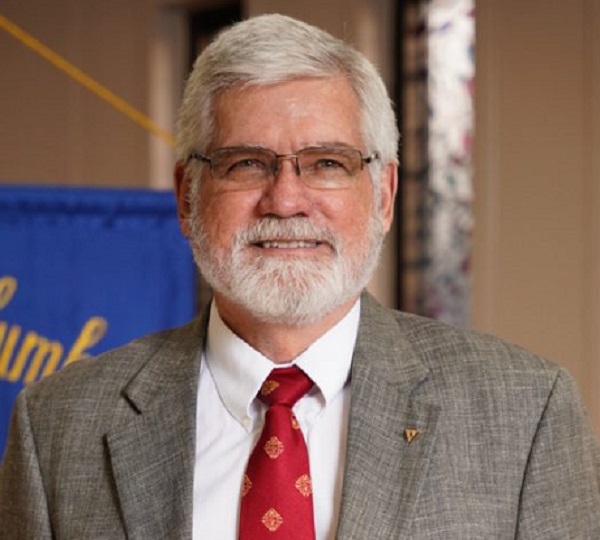 The strong right arm of the church has been holding a ratchet or a power drill in recent months. David was not only one of the most important parishioners in providing guidance and input during the renovation of Holy Spirit’s sanctuary this summer but also rolled up his sleeves and contributed to the very labor that completed the spectacular job. That happens when you have an engineering degree from Texas A&M and a work ethic like his established early on. David grew up near Houston and joined the Knights in 1978. Before coming to Holy Spirit in 1985, he was the Grand Knight of Council 1358 in Waco (St. Mary of Assumption). He’s our director of family activities and has been a member of the parish’s music ministry for years. David and Clara celebrated their 50th anniversary on June 27 with a trip to Santa Fe that included a stop at the famed Loretto Chapel with its miraculous staircase. The Dybalas live in Dallas and enjoy two grown children and four grandchildren.