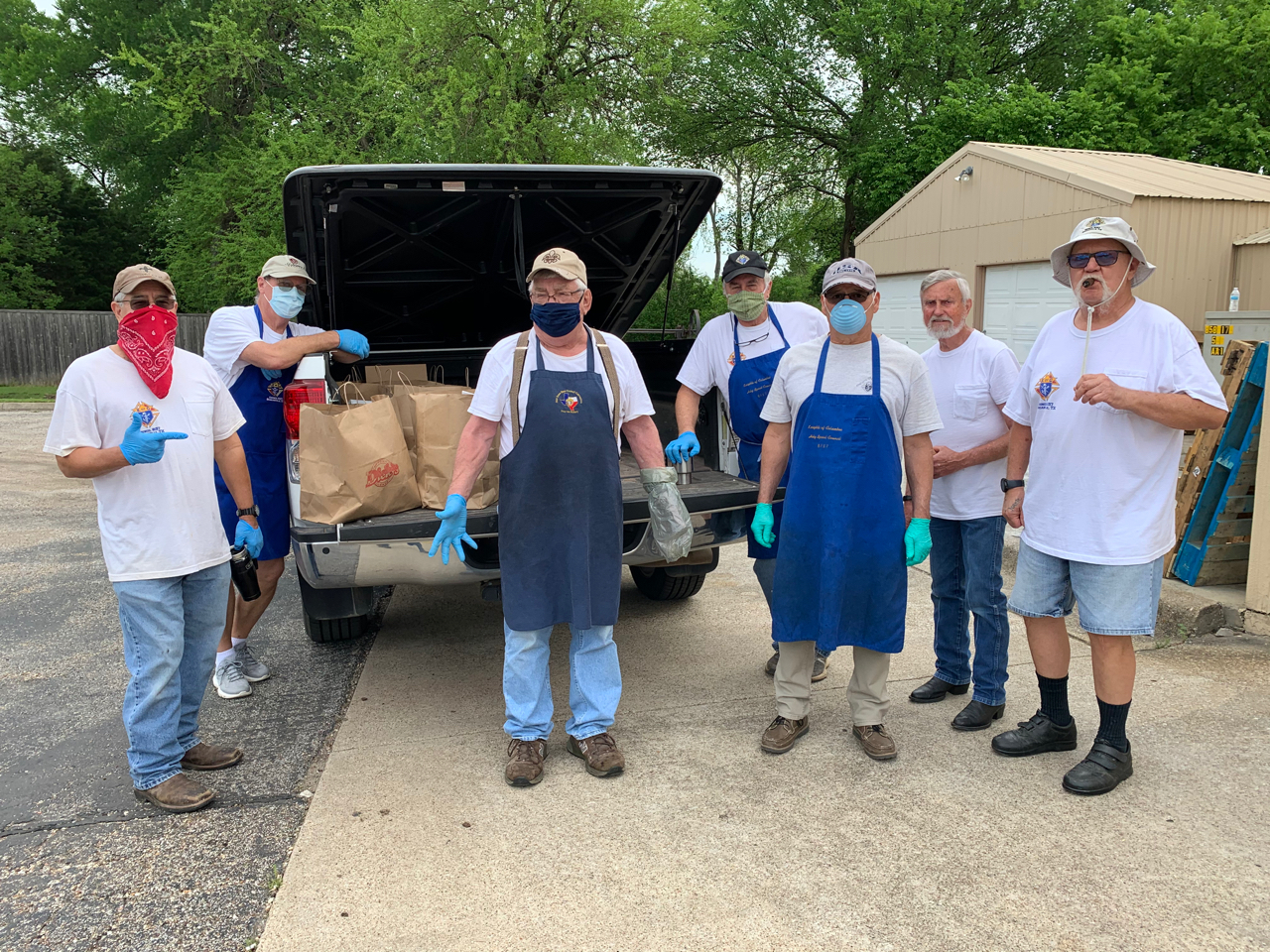 One week after a group of Knights prepared and delivered a fish-fry lunch to the EMTs at Methodist Charlton Hospital, a similar group continued the council’s service to our community during the current pandemic by preparing and delivering approximately 300 breakfast tacos for the Charlton staff on the morning of April 9 (Holy Thursday).

There was an additional recipient – a gentleman who had been laid off from his job days earlier came by the community center looking for the weekly distribution from the food pantry, which was closed on this special Thursday. After Jorge talked with the gentleman, he appropriately suggested that some tacos be given to the man for his hungry children.

Happy to help those in need.