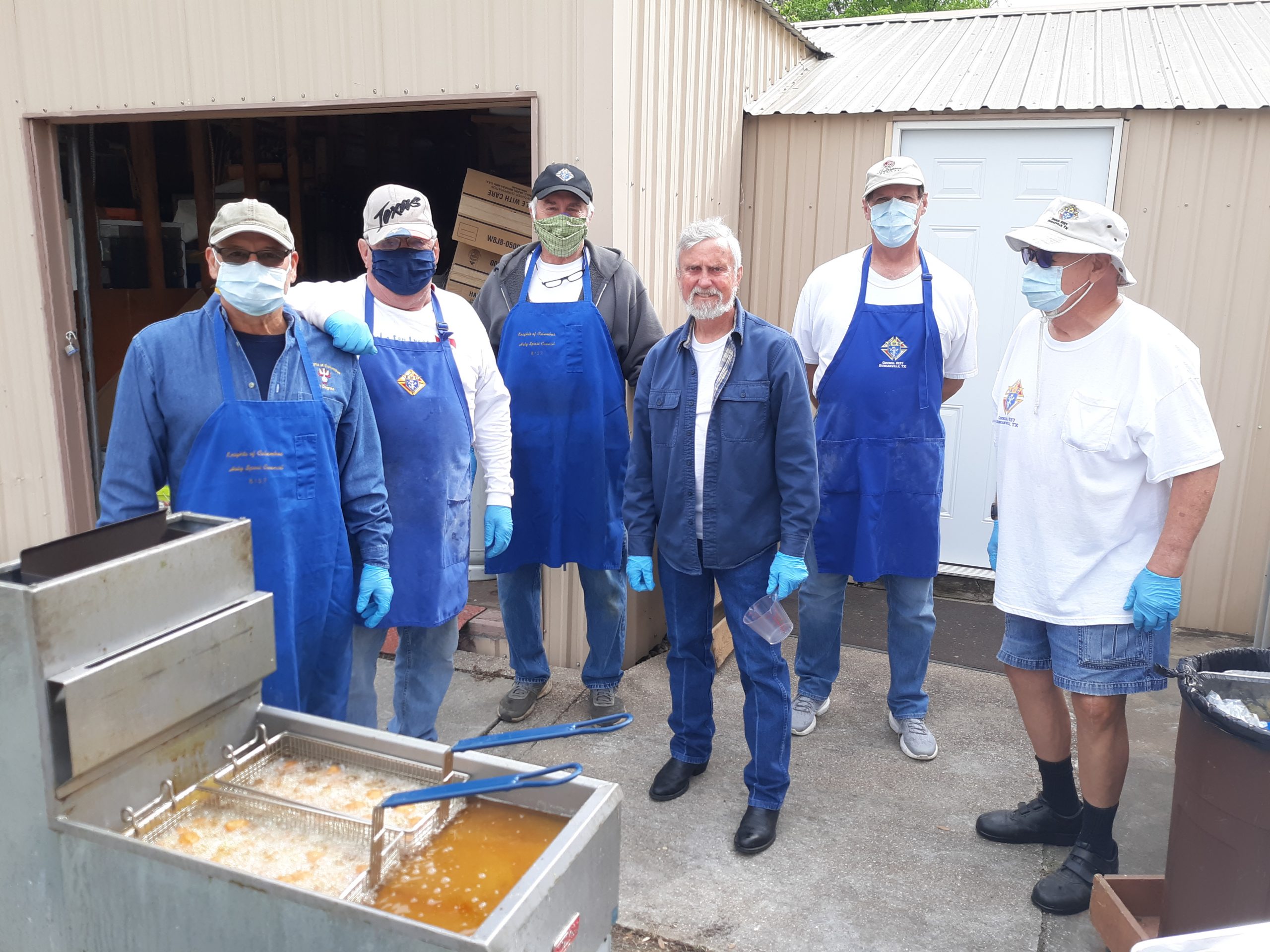 It was a proud day for your Knights of Columbus as they got together on Thursday morning April 2nd, 2020 to cook a catfish lunch for the EMT’s at Methodist Charlton Medical Center in Dallas.  David Ybarra, Dan Murphy, James Smith, Jack Ramsden, Jeff Miller and Allen Reitmeier cooked and delivered 40 lbs. of catfish, a bunch of french fries, hush puppies and fixings (to include plates, plastic dinnerware, ketchup, one-of-a-kind tartar sauce, napkins and like that).  Of course, we were not allowed into the hospital; but were met promptly (about 11:00 am) by representatives of the hospital EMT’s (there are about 100 of these brave folks).  Dudley Wilcoxson thanked all of us a number of times and graciously took the food and even accepted a number of bags of cucumbers.  He also allowed an interview with a reporter from Texas Catholic.  It was an uplifting experience for both giver and receiver.  Dudley assured us that all this food would be consumed.

And all the while we were cooking food, cleaning up the cooking area, cleaning and washing the dishes, tidying up the community center kitchen, we were constantly being photographed and videoed by Mike Gresham from Texas Catholic.  We can probably correctly assume there will be an article in one of the upcoming editions of Texas Catholic.  James Smith was interviewed during this event and I, for one, am looking forward to reading what he had to say.  We even had a surprise visit from a representative from Catholic Charities who also thanked us and sampled the catfish.  In spite of the dangers of the COVID-19 virus, your brother Knights masked up, gloved up and stayed apart during this entire activity.  This is the time to share as opposed to hoarding and to engage instead of withdrawing – your brothers Knights did both on this day. Thanks men.