Holly Bushes for the Courtyard 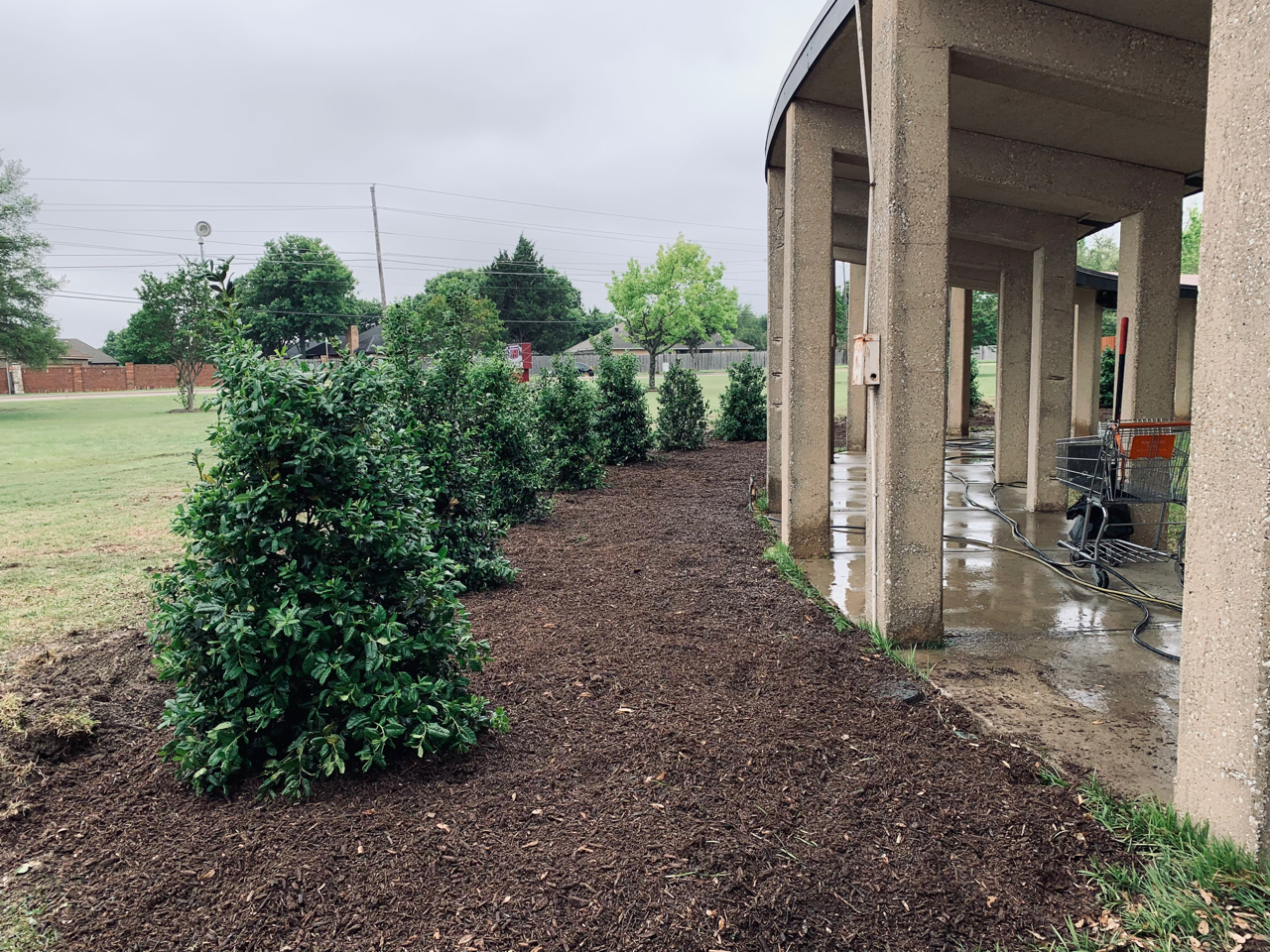 There was a flurry of activity on the Tuesday morning May 3, 2022 as 18 Knights and three parish members plus Fr. Eugene arrived about 9:30 am to plant holly bushes around the courtyard at Holy Spirit Church  David Dybala who organized and oversaw this entire operation was busy keeping  all these men busy.

Of course there was lots of pre-planting work that had already been completed before this morning’s work.  On Friday, April 29, 2022 with the assist from a rented backhoe (4 hours) and Larry Balagna, David Dybala dug the holes for these 13 holly bushes and then on Monday May 2, 2022, Jack Ramsden picked up the bushes (truck with trailer) from Gunter Texas (72 miles away).  Jack and David were accompanied on this trip by are Council’s horticulturist, Roy Cormier who picked out the best bushes.

Now back to the planting.  The bushes were slipped into the pre dug holes, lined up correctly and straight and filled with fresh dirt.  David Dybala brought 2 cubic yards of mixed soil and compost and Jorge brought the other 2 yards.  All had to shoveled around the 13 holly bushes.  Knights also moved mulch from the playground to be reused for planting these holly bushes.  Everyone seemed to have brought a shovel (Fr. Eugene borrowed one for the picture, but he worked the shovel as well).  Fr. Eugene said “this has been my enjoyable day off”  Many wheelbarrows were also put to good use.  The rain the night before made the work a bit messy; but no one seemed to mind – a typical Knight attitude.  Pretty sure, though, that everyone was ready for a lunch break of pizza and chips and soft drinks and soon after the job was done.  The total number of man hours worked on this project was approximately 140 – wow!!!

Thank you David Dybala, Larry Balagna, Eduardo Florentes, David Ybarra, Jesse Radillo, Marc Evans, Russell LeRoy, Jack Ramsden, Mike Fitzgerald, Doug Karpan, Steve Zehnder Dan Murphy, Roy Cormier, Lou Lemons, Greg Warr, Tim Hart, Deacon Al Evan, and Jorge Ruiz.  Thanks also Donald Watson, Mitch O’Brien and Joseph Dancy, who are not yet Knights.  (My apologies if I have omitted anyone).  It another affirmation that the Knights of this Council are indeed the right arm of the church.  Most parishioners will never know who or how this job was done; but we’ll know and that enough reward for the Knights of Columbus.