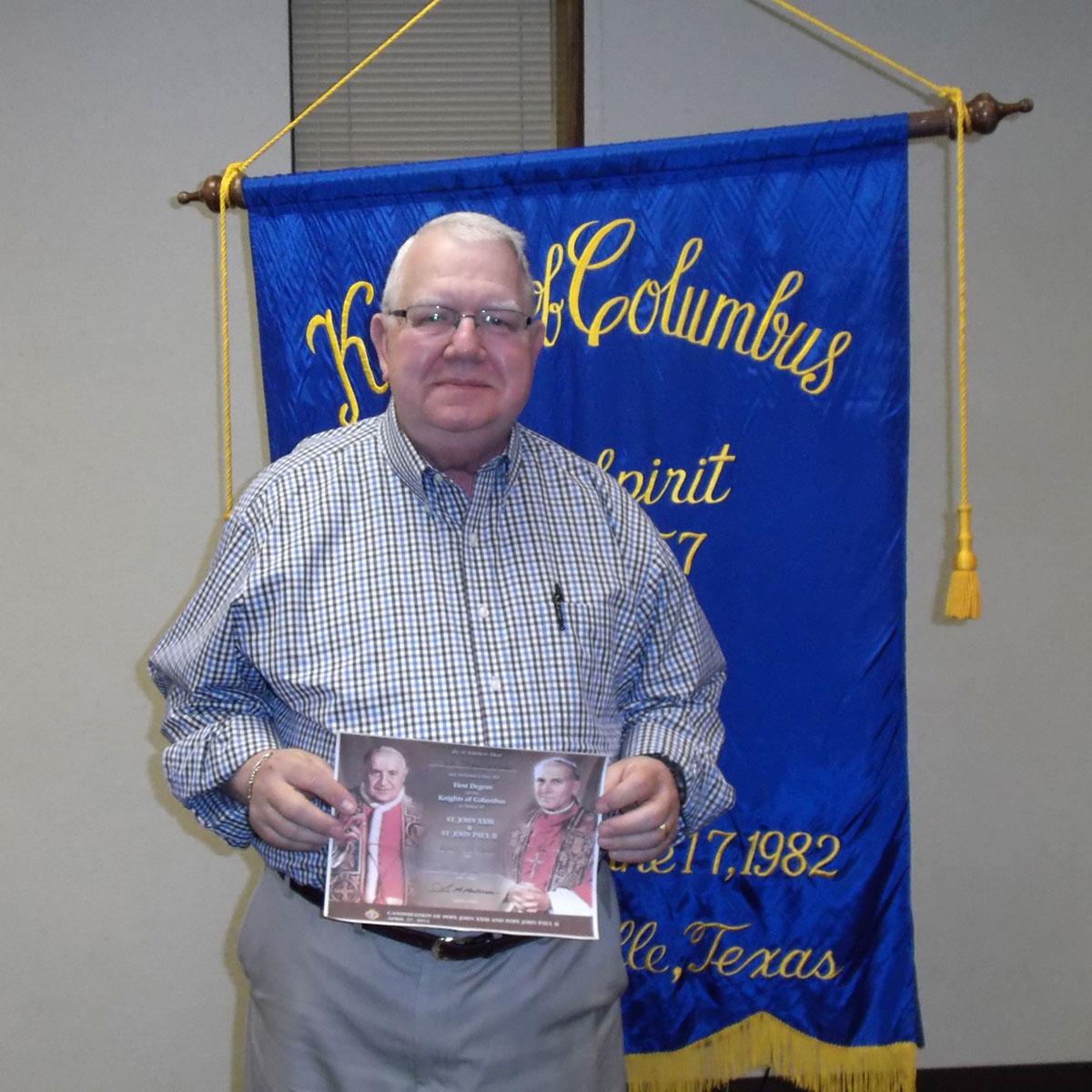 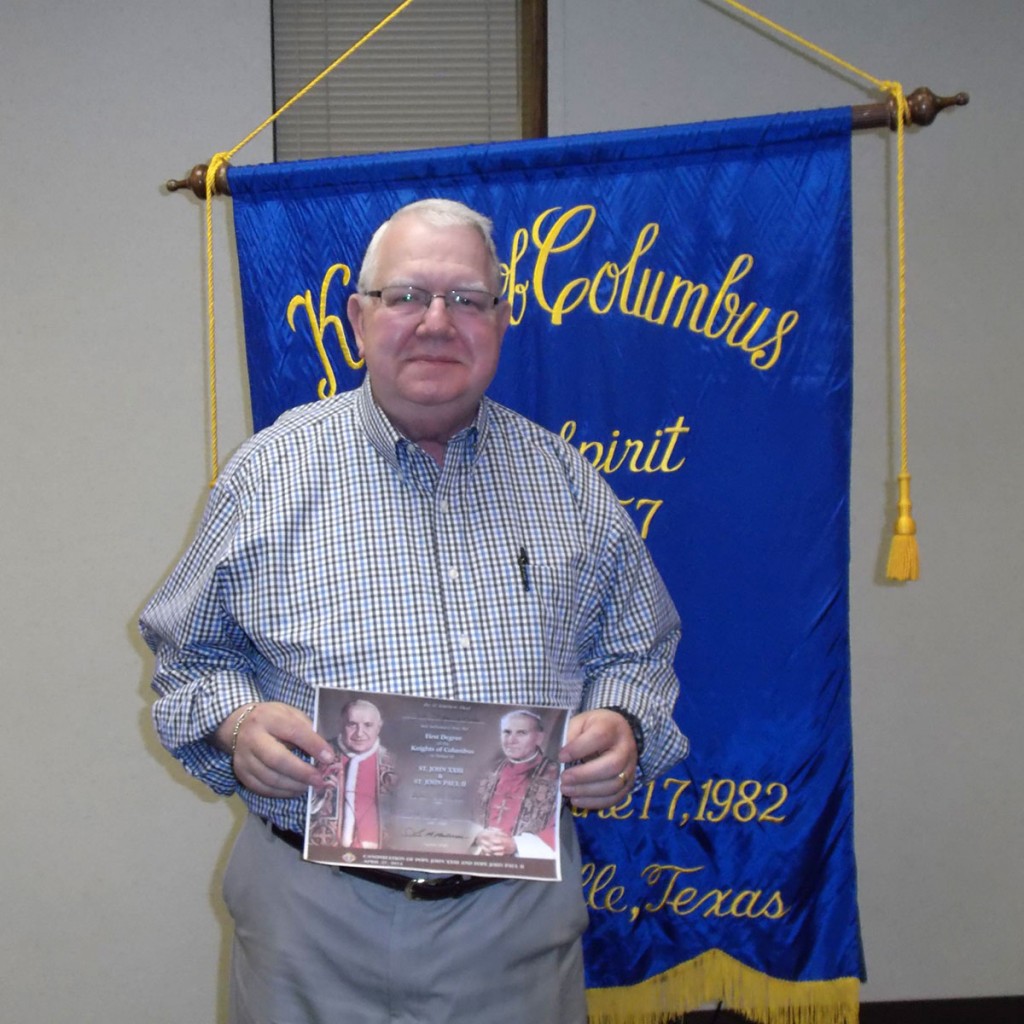 The following was literally Jim Stavinoha’s “pick-up line” as he pulled up to a street corner to meet Sharon for a blind date arranged by one of his fraternity brothers at St. Mary’s University in San Antonio: “Hi! I’m Jim!” Two years later following his graduation, they were husband and wife and have been so for 46 years. Jim originally joined the KC’s in 1968 but dropped out when family and career left him little time for other pursuits. He reactivated recently following his most recent of four retirements after 20 years in the U.S. Army and a successful business career. His council doings include helping at virtually every 8157 activity that involves food preparation – and then some. Jim also jumps in with Knight Hands. “I just try to do what I can,” he said. Jim joined the Fourth Degree last April, making the drive to Palestine to do so. Without revealing details, he was tremendously impressed by the amount of research and history that went into the exemplification. “It easily could have been a PhD dissertation,” he said. Sharon works as a nurse and office manager for a neurological practice in Mansfield. Together, they care for Sharon’s 90-year-old mother, a terrific example of the KC principle of charity – which starts at home.