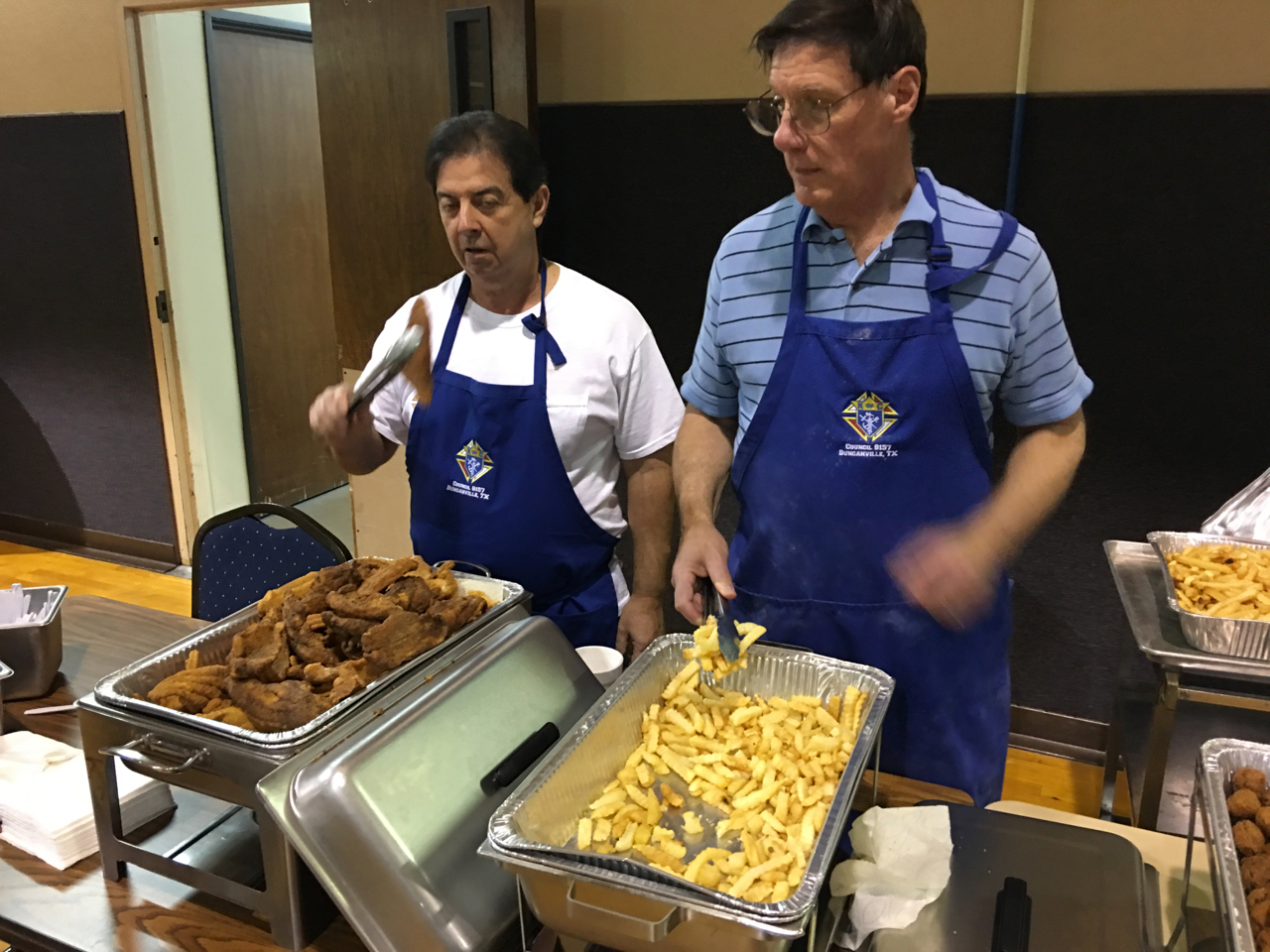 Jeff is a professional writer and often writes stories for the Council’s website.  He is a contributing writer for The Texas Catholic Newspaper. He has authored several books as well.  Since his induction into the Knights in 1998, Jeff has always been involved in church as well as Knights activities.  He has been a Eucharistic Minister, a faith formation instructor, a Lector and a funeral helper.  His Council activities include being Family Director, Recorder, Chancellor, Deputy Grand Knight and he has served on a number of various committees and can be seen at many Council activities.   These accomplishments pale, though, in comparison to what he has undertaken the past couple of years.  Since December 2018 Jeff has assisted fellow Knight Charles Turner in all phases of Charles’ recovery from a fall.  Jeff has driven him to countless doctor appointments, and just as many therapy sessions.  Jeff takes Charles shopping for food, gets his mail, cooked his dinners until recently, and takes out the trash.  He has done these chores three times each week for nearly 2 years; and then visits with Charles as well. Jeff is an example of Charity from the heart in action.  And that’s why we are proud to call him our brother Knight and why he is November’s Knight of the Month.

By: Allen Reitmeier|Knight of the Month