[dropcaps] A [/dropcaps]s in past year, the highlight of the little league spring baseball season was the annual World Series.  The concession business was brisk, to say the least, throughout the 5 day event from June 26th through June 30th, 2013.  And as in past years, many Knights contributed hours and hours of labor to fulfill our mission of providing quality food and icy cold drinks and snacks to the players, coaches, fans, umpires and Cedar Hill Baseball Association workers with a smile.  For sure there were extraordinary contributions by some Knights; but in this writer’s estimation everyone did as much as they could to help the Council.  That being said, I wish to recognize all who worked, with side notes for those who went “above and beyond”. 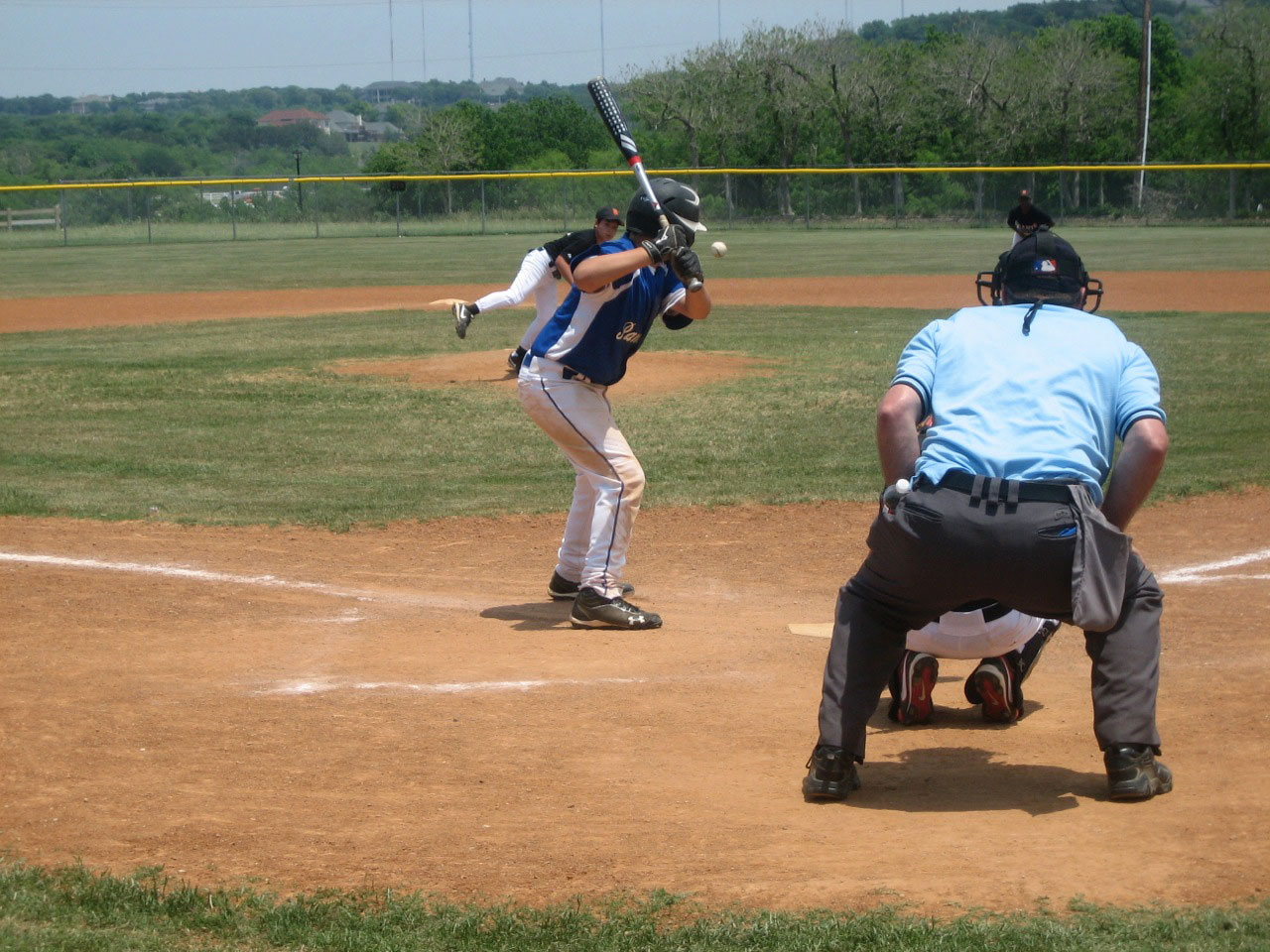 Ken Rarick – helped stock (twice), worked on his birthday and worked three shifts and just showed up and helped on another shift and helped clean up on Tuesday.

Jim Kowalski – worked two shifts and convinced his wife Lillian to help at one shift as well. 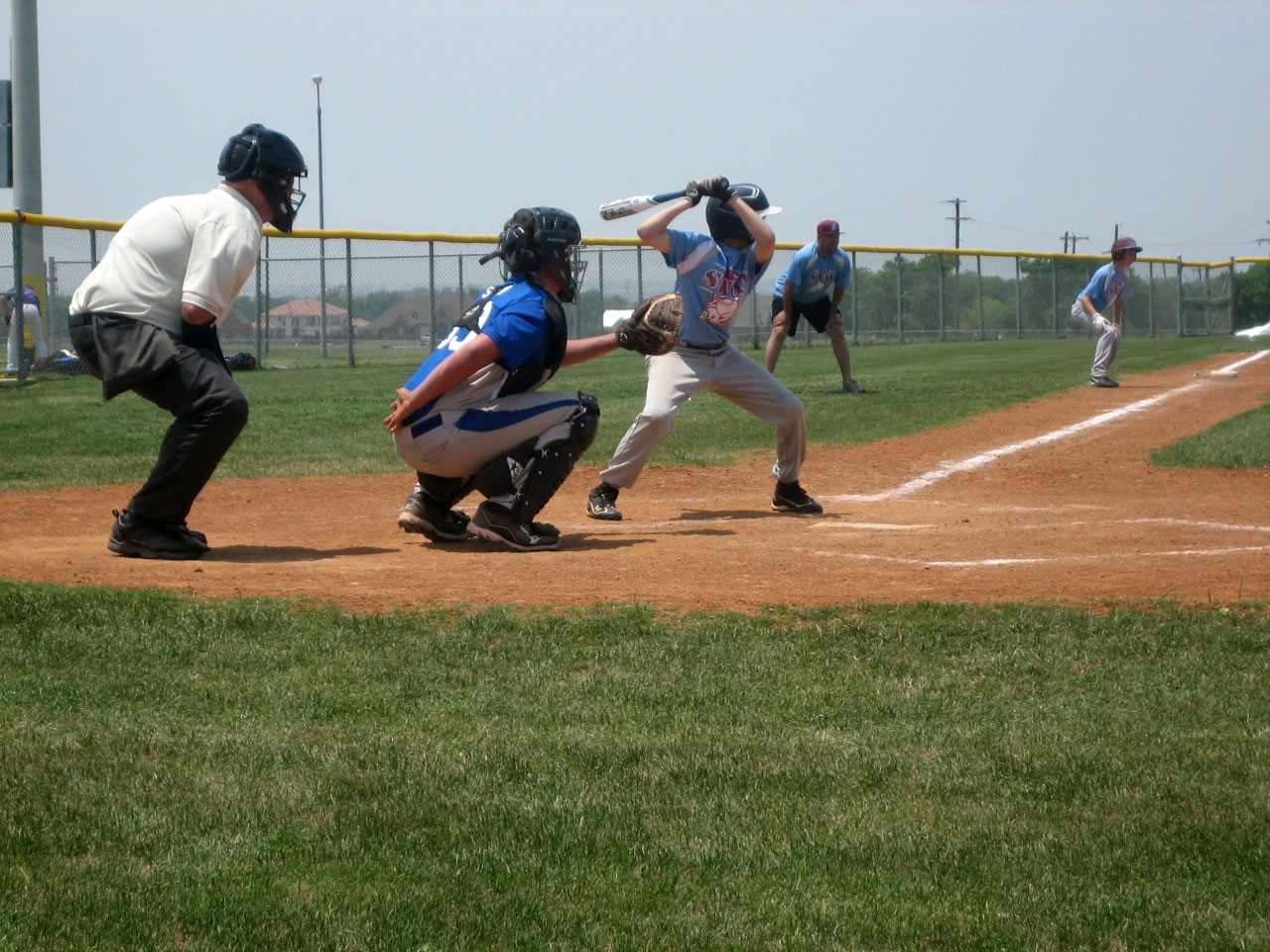 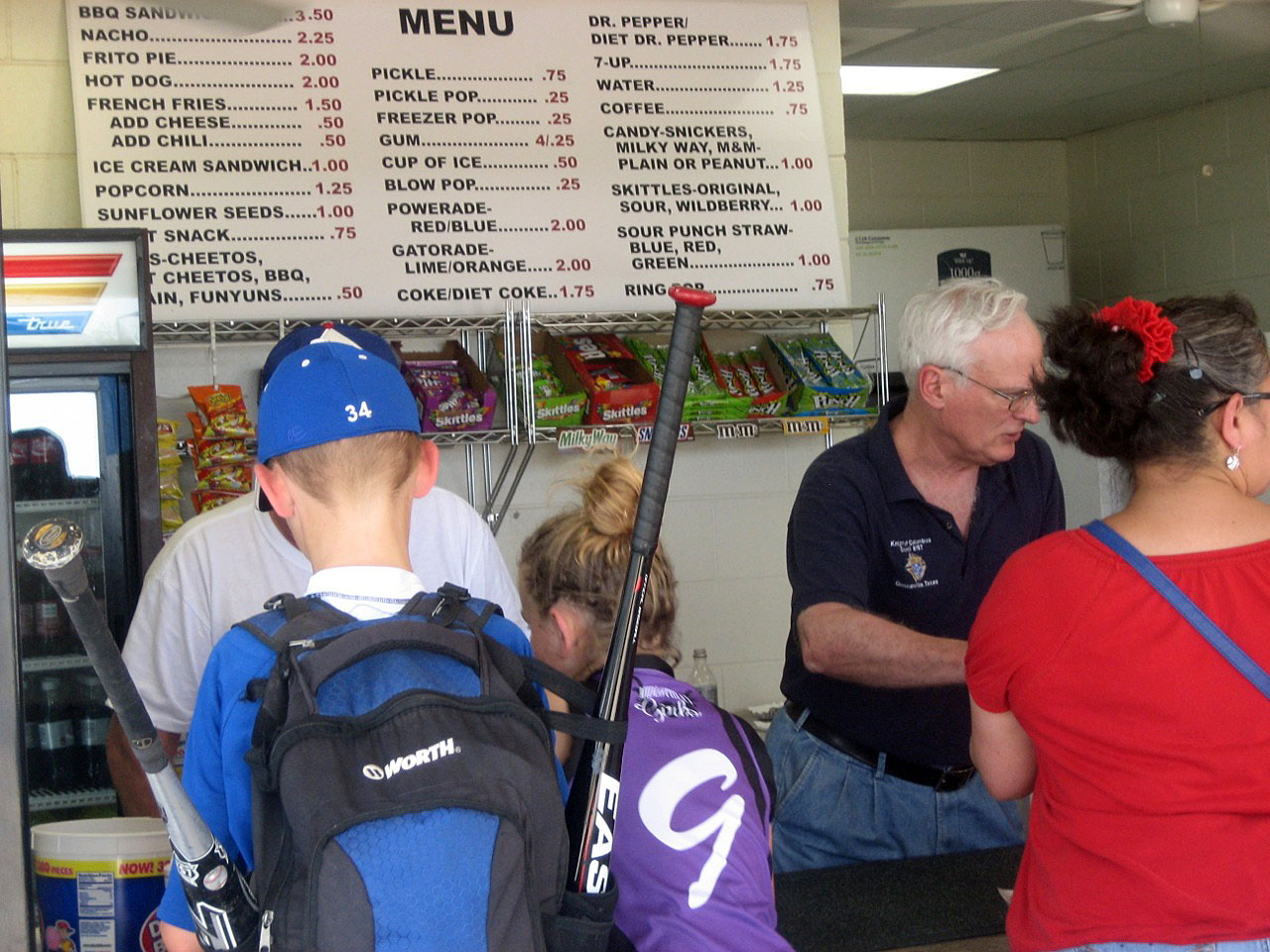 Carlos Favela – worked one shift and just showed up at two other shifts because he thought we might need help – and boy did we ever and helped stock.

Tony Houston – worked two shifts and at the last minute volunteered for a third shift – along with his wife Veronica –at the Community Center location and helped stock. 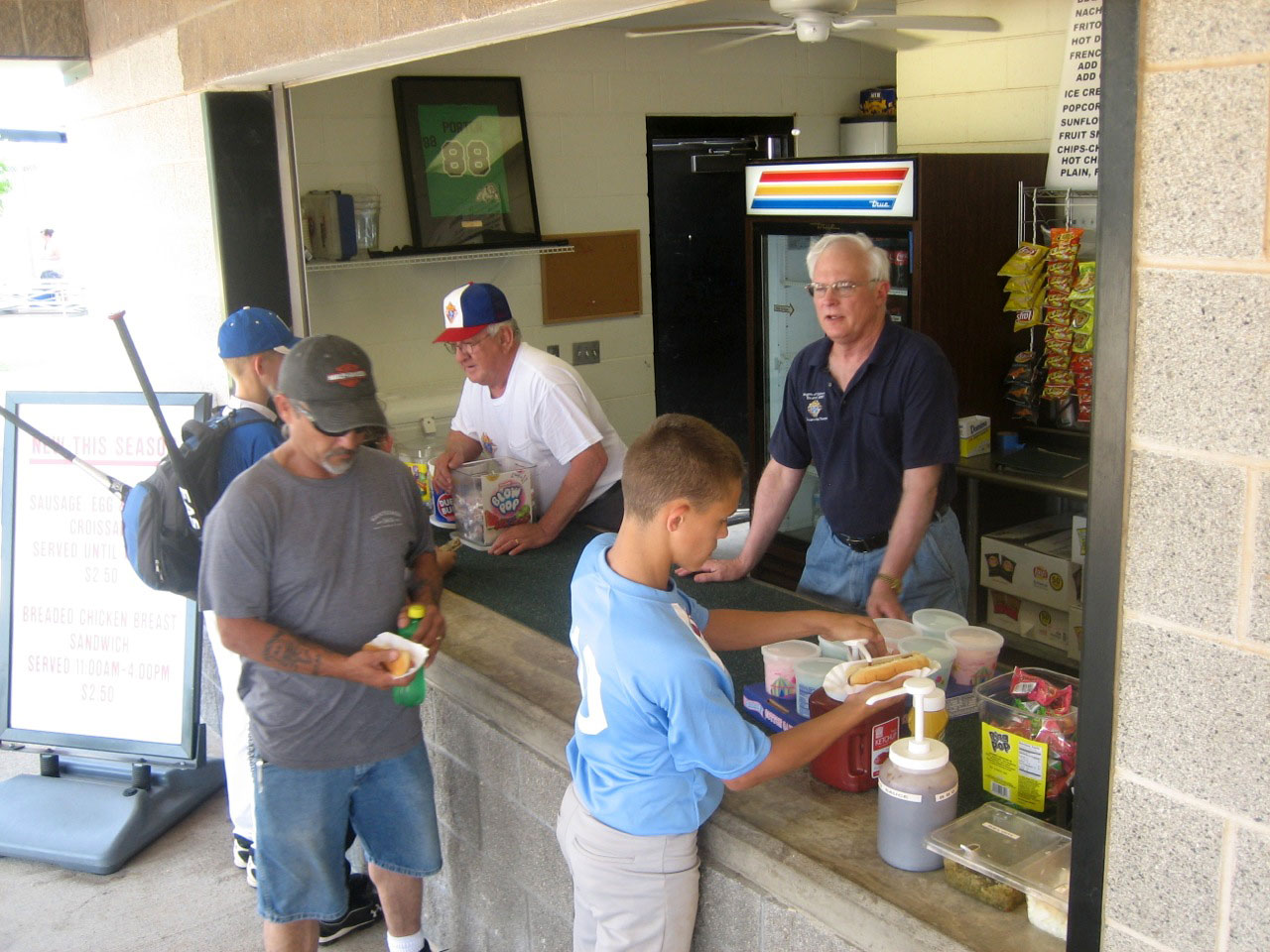 Rod Kinard – helped prepare brisket and worked two shifts and stuck with me until the very  end on Sunday night. 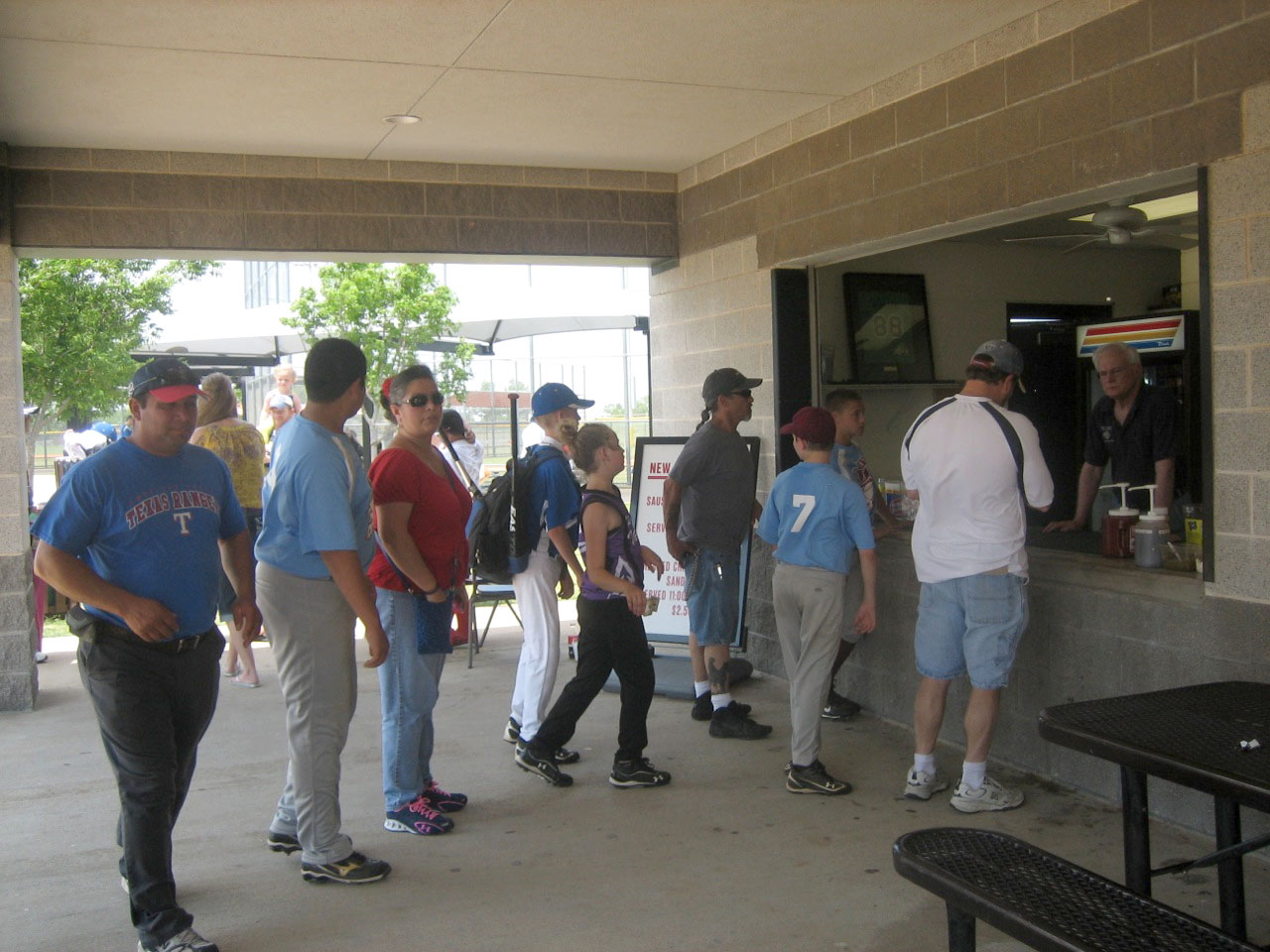 Steve Zehnder – worked one shift; but a very late one on Saturday night. 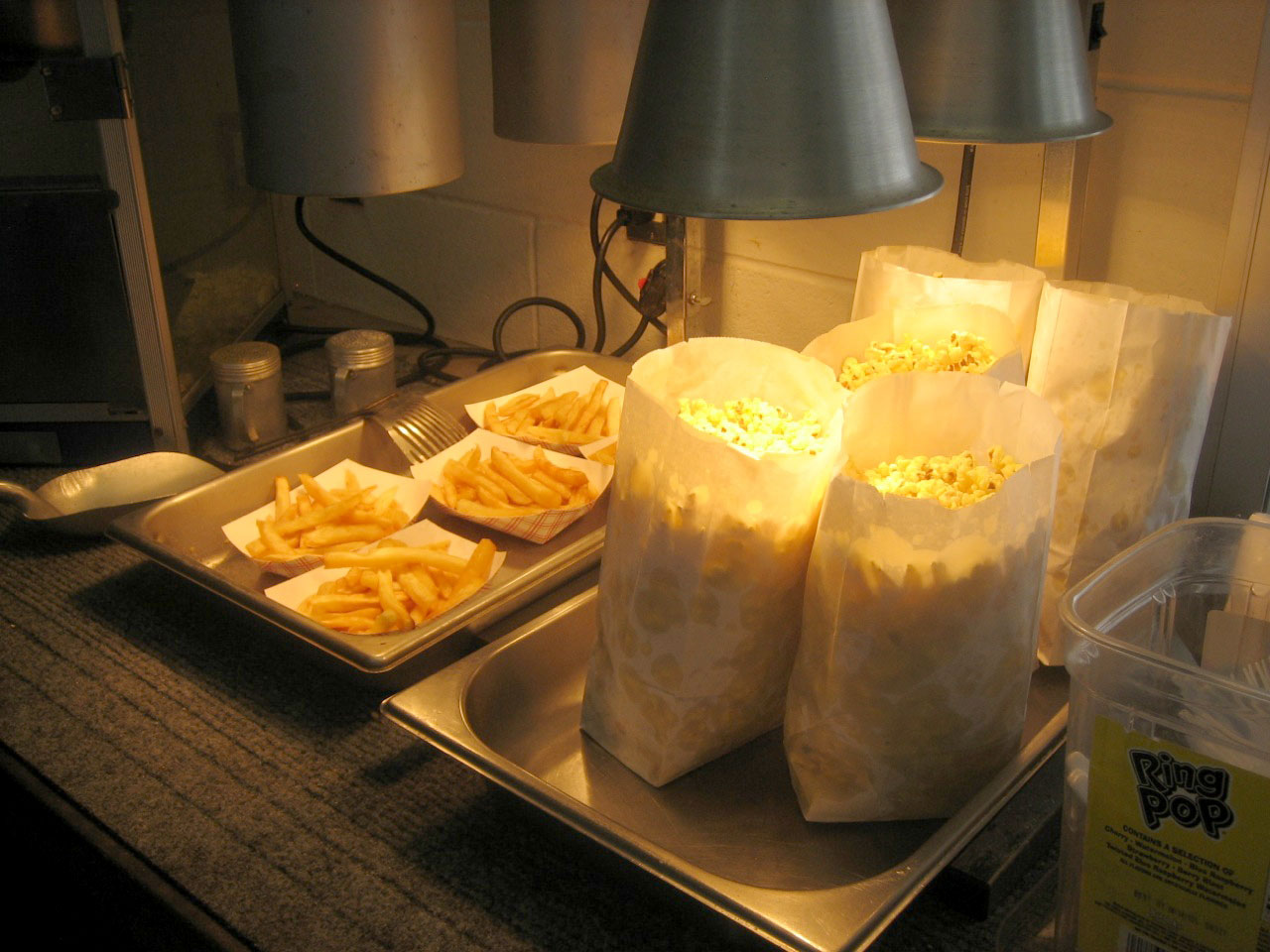 Mike Moloughney – worked one shift and switched shifts with Tom Greco at the very last minute.

Greg Warr – worked two shifts (took a day off work to do so) plus just showed up on Sunday because he thought we might need extra help and we certainly did. 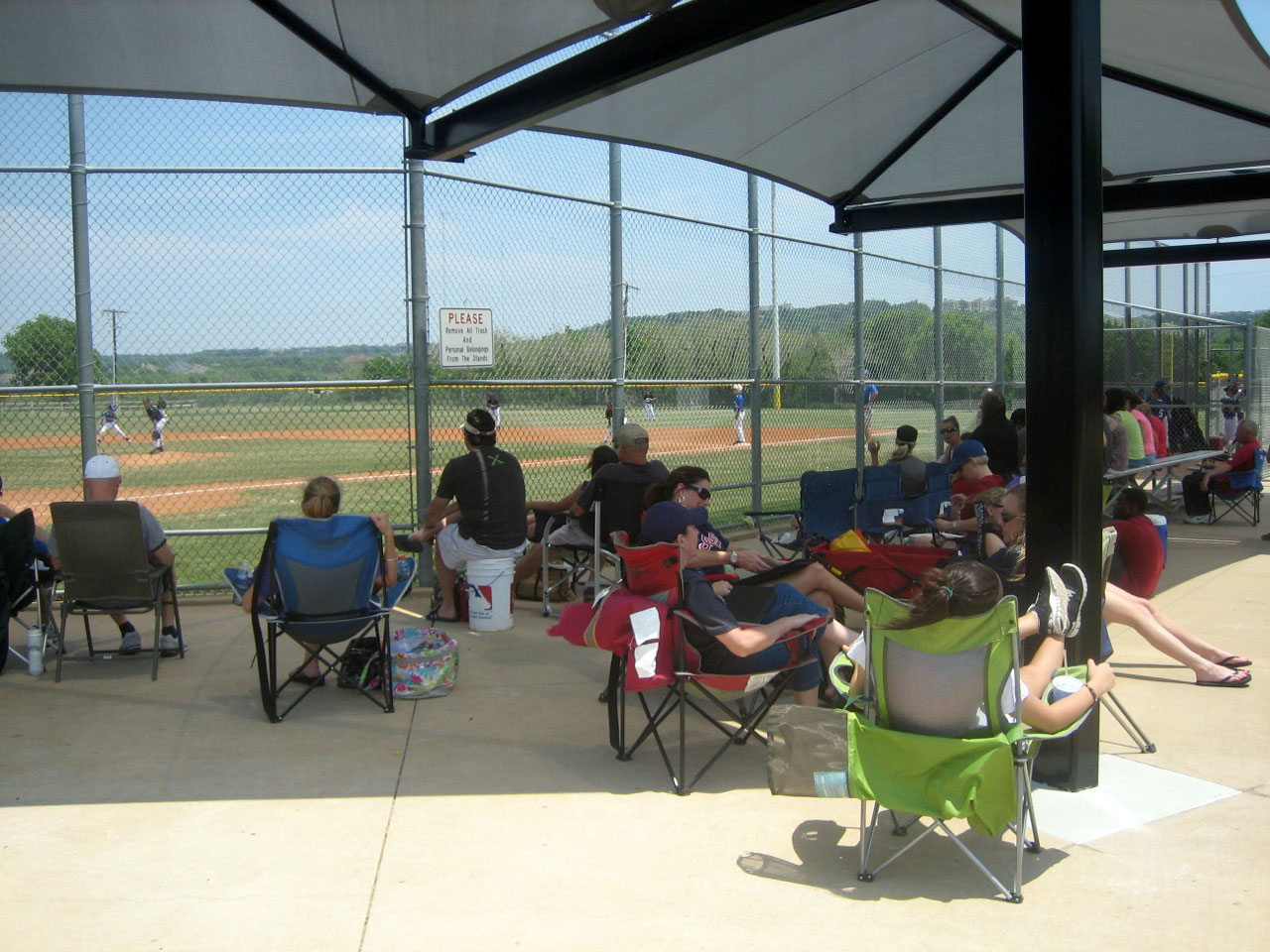 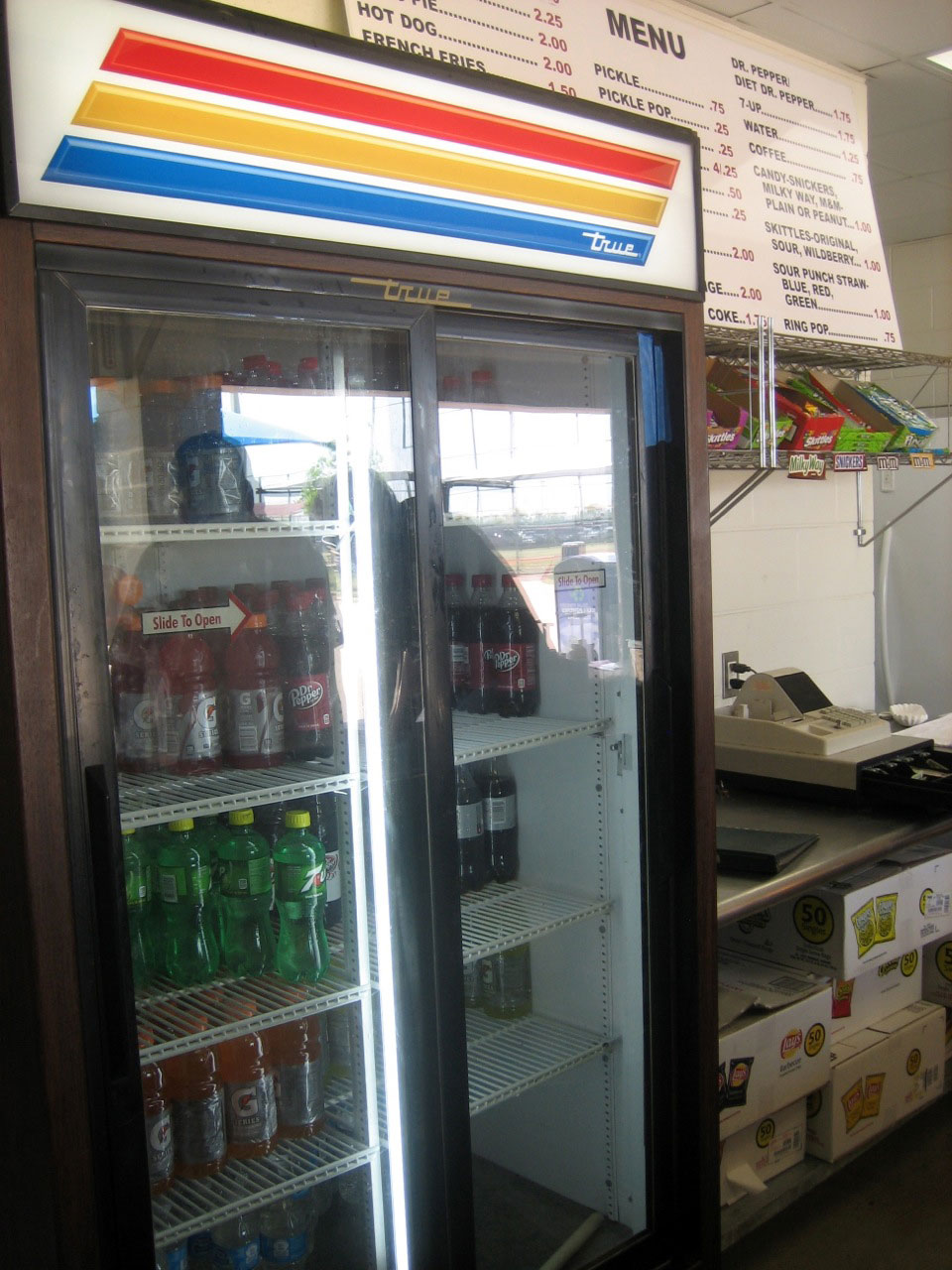 Larry Balagna – worked one shift and a very long one it was.

James Smith – worked one shift – his first one.

Jerry Jacob and wife “Tony” worked one shift even though he is still “hurting”.

Linda Reitmeier – worked one shift and made the pickle pops and freezer pops.

Seventy four teams played in this year’s World Series from ages 6 thru 14 with a total of 182 games played at the concession stands we control.   In total there were 95 shifts worked at an approximate time of 4.5 hours each for a total of about 430 hours.  Counting my hours and total preparation time and clean up time, I estimate the total volunteer hours to be in the neighborhood of 550 hours.  For these hours, the Knight served food and drinks and snacks at 4 locations and generated sales of $21,767.  Knights served 3,240 bottles of water, over 2,100 bottles of Gatorade, 2,000+ pickle pop and freezer pops, gobs and gobs of French Fries, around 564 Nachos (47 gallons of cheese) about 200 BBQ sandwiches, and many, many candy bars, bags of chips sunflower seed etc.  You can see why everyone was busy. 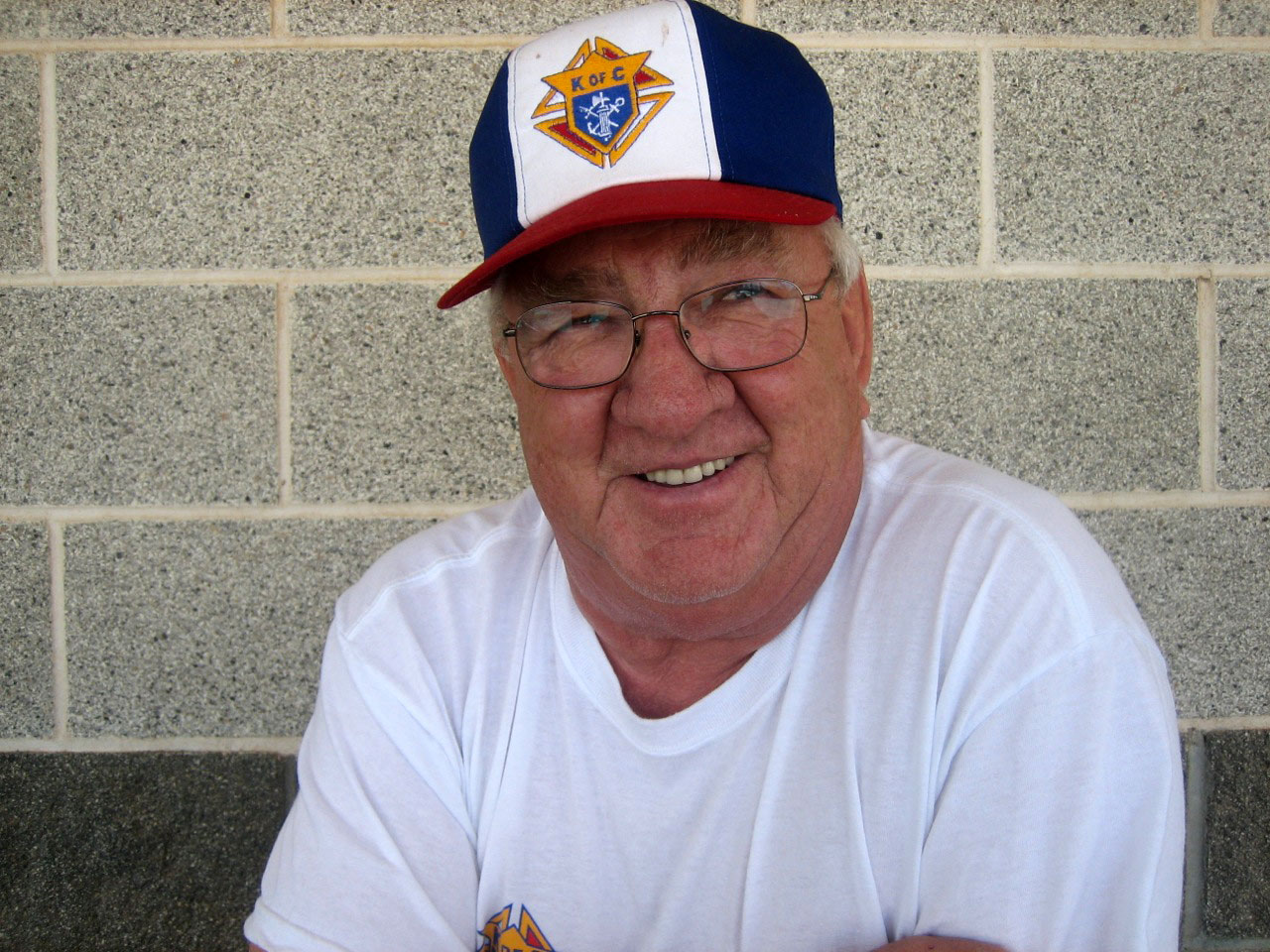 For those who could not work at the concession you missed an opportunity to bond with your fellow brother Knights doing hard work for a great cause.  I am proud to have served with all who worked at this year’s World Series.  In the coming months there will be a group formed amongst the Knights that will oversee/operate the baseball operation in the coming years.  If you are interested in being part of this group, please contact me at alreitmeier@gmail.com