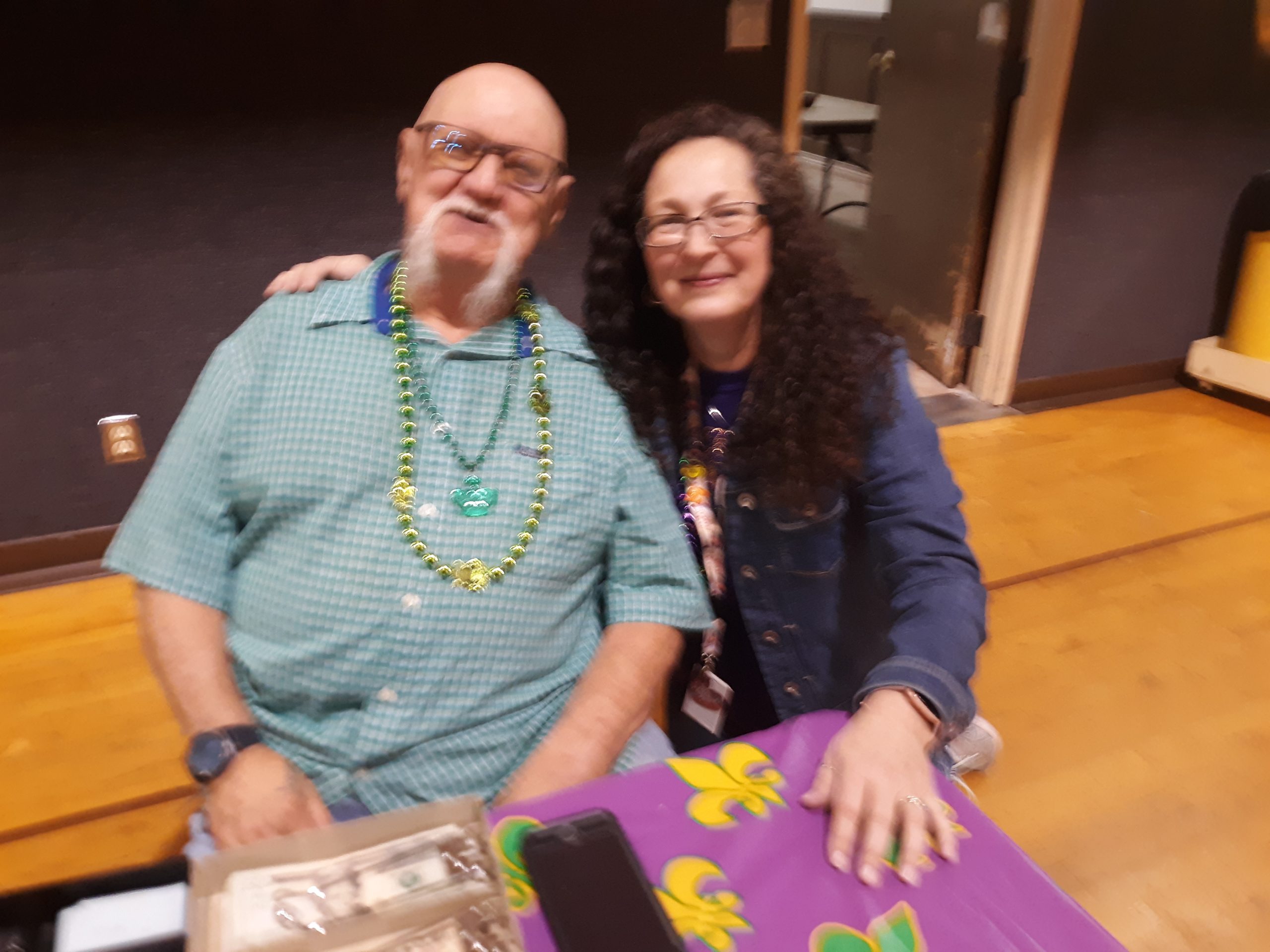 Do you know that the traditional colors of Mardi Gras are purple, green and gold?  These colors were found in abundance during the children’s Mardi Gras celebration this past Sunday February 22nd, 2020 in the community center gymnasium.  There was a wide assortment of beads, plus a face painting station and a table to assemble masks and crowns for the kids plus a photo booth.   These festivities were orchestrated by Deborah Pearson and carried out by the Confirmation/First Communion families who manned these stations. There were children everywhere enjoying the festivities.

Of course, the Knights of Columbus played a crucial role in all these festivities in that they provided a pancake breakfast from 8:15 am until 12:30pm.  The fare included pancakes (of course), waffles, bacon, sausage and drinks.  John Espree even found a faster way to make the pancakes; he used the large grill – way to go John.  All the Knights of Columbus activity was directed by our Church activity director – James Smith.

Mardi Gras has been around since 1699 in this country when French-Canadian explorer Jean Baptiste Le Moyne Sieur de Bienville arrived at a plot of ground 60 miles directly south of New Orleans, and named it “Pointe du Mardi Gras”.  When his men realized it was the eve of the festive holiday, they had a party.  Of course the celebration of Mardi Gras marks the beginning of the season of Lent where we prepare ourselves for the most singular and greatest event in the history of the world – the resurrection of our Lord and Savior, Jesus Christ.