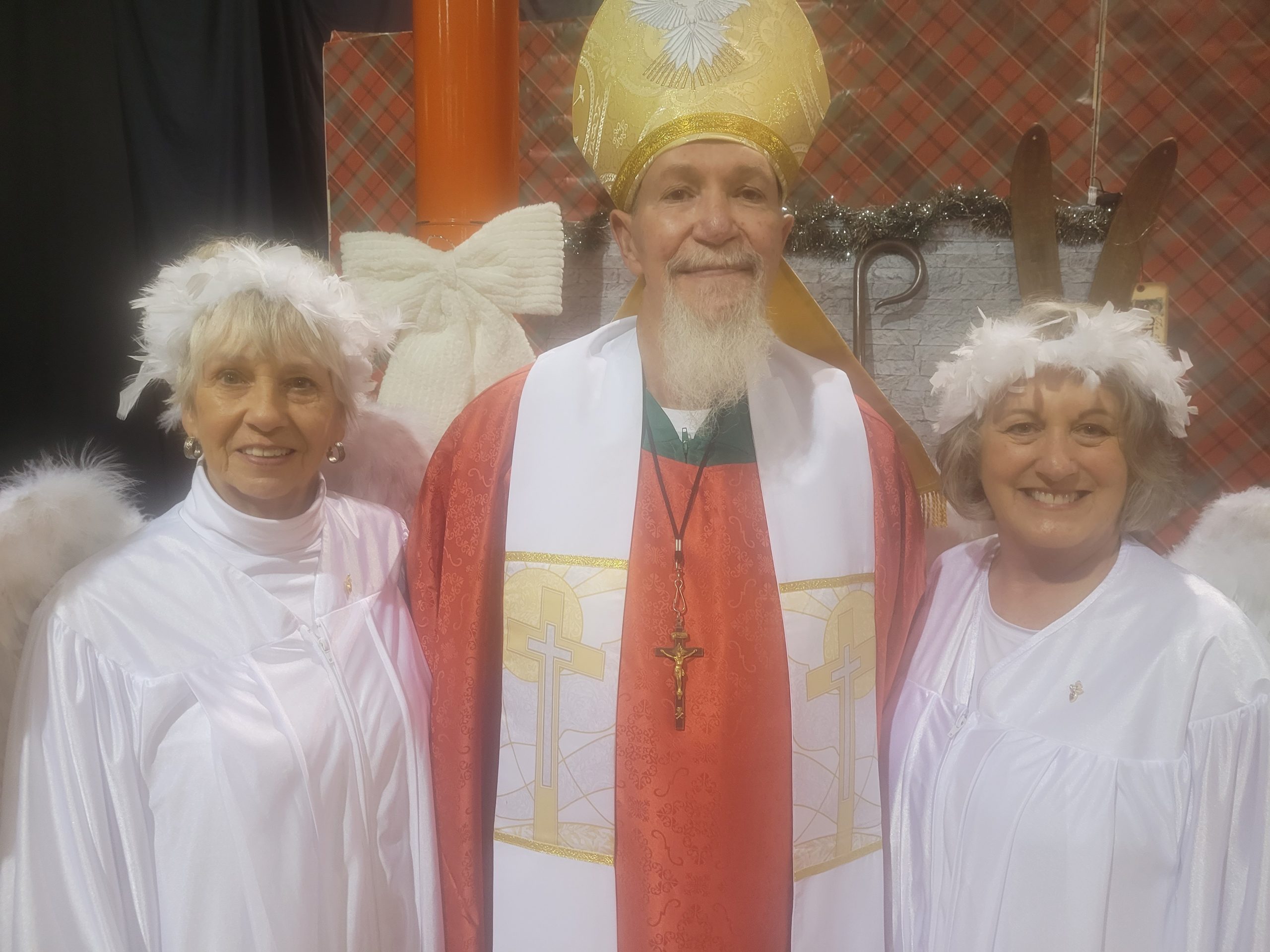 Through the centuries St. Nicholas of Myra, born on 270AD in Patara Turkey, has continued to be venerated by Catholics because of his generosity to those in need, especially children.  He dedicated his life to serving God and helping those in need.  On Sunday December 11, 2022 our very own Keith Archer represented St Nick along with his two angels (Mary Archer and Cappy Woods) in the Community Center gymnasium.  St Nick talked with young kids and handed out 115 gift packages.  In olden times and even today in some places in Europe and Asia, gifts were/are given on the eve (Dec 5th) of the feast of St Nick so that Christmas could/can be solely about the Christ Child.

There were other activities in the gymnasium on this day as well.  Several Knights showed up at 6am to begin cooking a breakfast of bacon, cinnamon toast sticks, sausage, hash browns, blueberry pancakes on a sausage stick, and drinks (coffee, hot chocolate, juice, water, tea.  James Smith was in charge of the cooking but was ably assisted by Greg and Debbie Warr, John Espree, Allen Reitmeier, Jesse Radillo, and Dan Murphy.  The entry desk was manned by Jim Russel and assisted by Agustin and Flo Perez Sr. and Agustin and Cassandra Perez Jr.  Breakfast service began at 8:30am and continued until about 2:30pm.  Approximately 400 people attended this breakfast with many bringing a toy (100 toys were donated) or if not a toy then a donation (more than $1,000 was received in donations).  All toys and donations (after expenses) were given to Mission Arlington.

While breakfast was going on children had the opportunity to have their picture taken with St. Nick and his angels.   The children’s choir also performed under the watchful eye of Felipe Ramirez.  Face painting was a popular activity and some kids made gingerbread houses.  For sure a very joyous occasion for all.