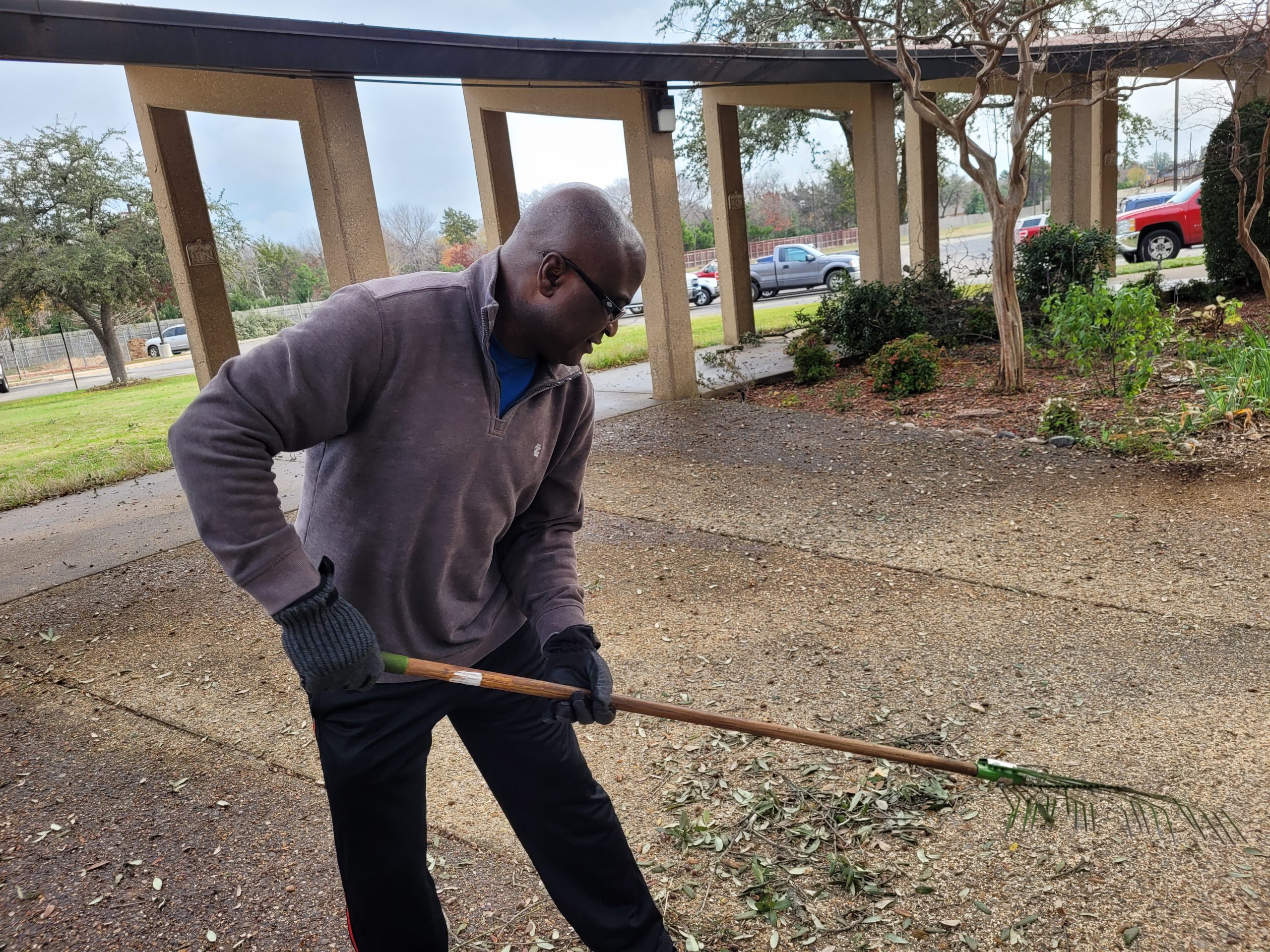 Around 8am on December 10, 2022, several chain saws fired up as work began on trimming the trees in and around the courtyard at Holy Spirit Catholic Church.  This job had been requested by Pastor Eugene – he wanted more sunlight in the courtyard and he wanted the trees branches that were overhanging the roof to be removed. And so it was that 14 Knight Hands tackled this job on this Saturday morning.  David Dybala, Director of Knight Hands, gave everyone initial instructions on what to do and then everyone got to work.  David operated the Hy-Lift cutting the highest branches with a pole saw while others cut the lower branches.

Many Knights then cut firewood from these fallen branches.  Both the smaller branches and the firewood then had to be hauled out of the courtyard by hand or wheelbarrow.  The branches were piled just off the parking lot near the children’s playground (to be disposed of later) while the firewood was stacked in the west parking lot of the church near the dumpster.  On paper it sounds pretty simple and easy; but in reality there were lots and lots of branches that were cut down – some of them with large diameters.  Many  Knight Hands (Adan Luna, John Espree, Russell LeRoy, David Ybarra, Allen Reitmeier, Larry Balagna, Dan Murphy) were kept busy removing branches and firewood while David Dybala, Mike Fitzgerald, Jack Ramsden, Jose Montoya,  Marc Evans, and Efrain Ochoa) did all the cutting.  Of course the whole area had to be cleaned up after the trees were all trimmed and everybody pitched in to get this done – including Fr. Eugene.

By 11:30am everyone was hanging around eating pizza and enjoying liquid refreshments.  David Dybala, who did all the high cutting, said “I feel like a monkey”.  Marc Evan commented that “is was an honor and a pleasure to help Fr. Eugene” and Fr. Eugene said “this was like a Christmas present too me”.  All in all everyone was most pleased with the job and it fact the courtyard looks very trim and neat.  Way to go guys.