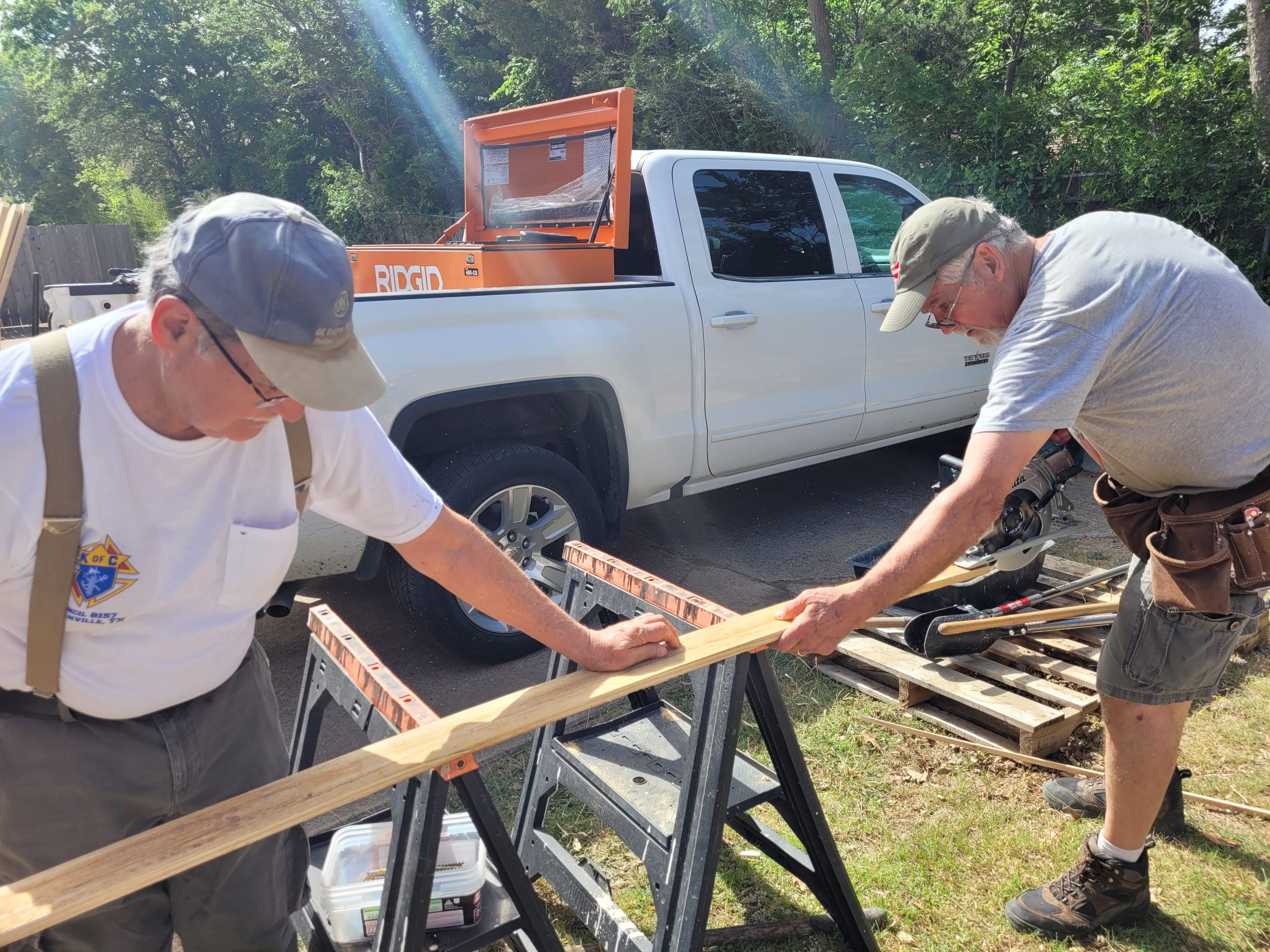 On Tuesday morning June 14, 2022 (a very hot day indeed), five brave Knights began the work of tearing down dilapidated fencing and a rotted gate and building a new gate and installing three new sections of fence.  This was David Dybala’s first project as Director of Knight Hands and he had all the materials and tools on hand to complete the mission – he thought of everything.

First off, Jose Montoya, and Allen Reitmeier and Art Rodriguez removed fencing and posts from a section of fence and installed new 4” X 4” posts to support the new fence.  Getting the old post out of the ground was no easy task, but Jose Montoya figured out a block-and-tackle system and like magic the posts were removed.

While this was going, David Dybala and Dan Murphy demolished two more sections of fence and removed and discarded the old and rotted gates.

Once the old fencing and gates were removed and trash carried to the street for removal, David and Dan installed new stringers and then new cedar fence slats.  Jose and Allen framed out the new gates and Art helped wherever needed.

Once all the new slates were installed the gates were install along with hardware and after a bit of clean-up the job was done.  In total it took about 18 man hours to complete this project.  Cynthia Poole, for whom we did this work, purchased all the raw materials and was most pleased with the final result.  Now she can safely get her car in and out of her garage.  Congratulations, David and crew on a job well done.