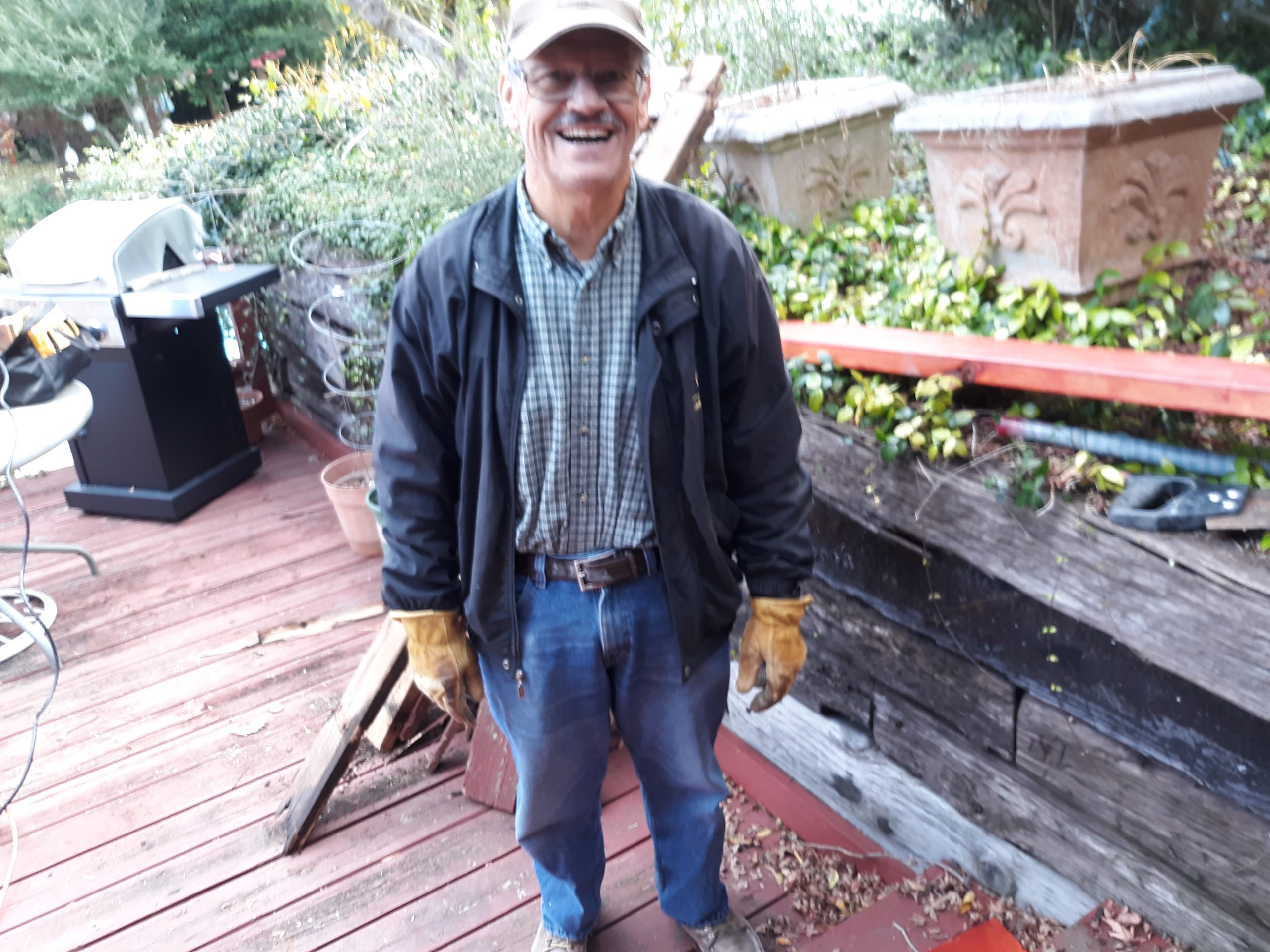 Knight Hands continues it’s community work by completing two fairly difficult projects this past month. On November 14th, 2019, David Dybala, Steve Zehnder, Ken Rarick, Hector Rubio, Mike Fitzgerald, Dan Murphy and I completed a project at the home of Cora Mancenido located in DeSoto Tx. The main objective of this project was to eliminate 1/4″ to 3/8″ gaps in Cora’s wooden flooring in several rooms and the hall. David Dybala (ever an engineer) discovered by heating the delinquent pieces they could be forced back together; so that’s what he and Ken Rarick and Steve Zehnder did. The significance of this work was that it saved Cora about $20,000.00 – the amount she had been quoted by a contractor to replace the flooring. While that was going on the rest of us replaced the rotted wood on the rear steps leading to the swimming pool; plus building and installing a hand rail on those same steps. We completed all these tasks in about 28 man/hrs. Cora was most pleased.

On December 14th, Efrain Ochoa, John Espree, Larry Balagna, Jorge Ruiz, Hector Rubio, David Ybarra and I replaced the rotten siding on Hector Rubios’ home in Duncanville. We started at 9am. We tore off the old rotted siding and discovered that the bottom sill plate on the home had also rotted. After much maneuvering the guys replaced the bottom sill plate, re-enforced the floor joists, replaced torn and damaged tar paper and then install new siding.

While this was going on, three of us installed a new personal door on the garage. That sounds like no big deal except the opening for the door was concrete which required us to drill into the concrete to secure the wood on both sides of the opening. Again after much maneuvering we got the door to fit just right – including a trip back to my garage to plane a 2″ x 8″ plank down to 1- 3/16″. Just another walk in the park for John and Efrain

After installing the window trim and corner trim and transition trim , the job was done. Hector said he would paint the whole thing at a later date. So in about 31 man/hrs we completed this job to Hector’s delight. These two projects were # 332 and #333 since the inception of Knight Hands.