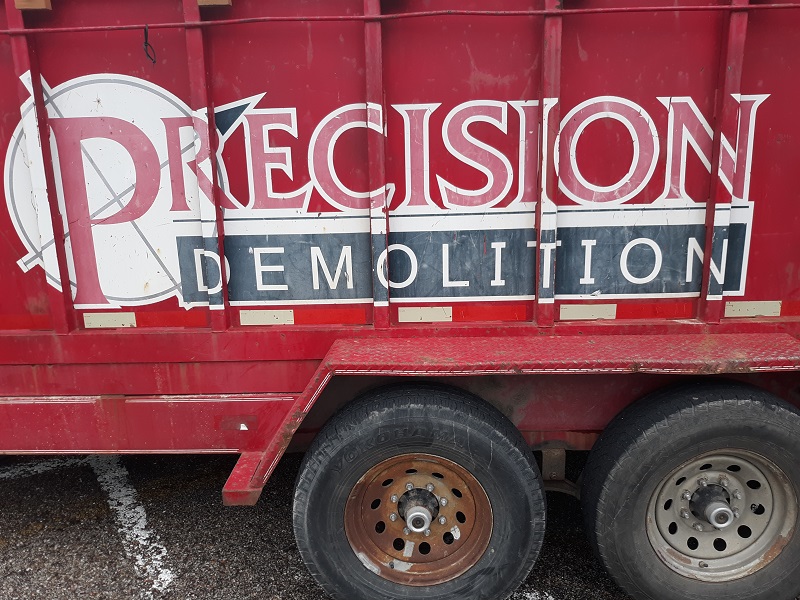 There was a flurry of activity on the morning of June 5th, 2021 as twenty-five Knights of Columbus arrived to remove the pews from the sanctuary.  It was like an ant farm with pews and Knights on the move everywhere.  I should mention that prior to all the work to move the pews began, Deacon Al Evans led us in a prayer for safety, success and most of all for thanksgiving that fine men such as those in attendance have charity in their hearts.  Then after a brief instruction session by David Dybala, Knights began lifting the pews onto dollies designed and constructed by David Dybala and wheeled the pews out of the sanctuary and into the Narthex.  With 25 Knights in motion it only took about an hour to move all the pews and the organ into the Narthex.

I would be remiss if I didn’t mention all the work that was performed before pew moving day.  On May 19th, 15 Knights moved the tables and chairs and other miscellaneous items from the church classrooms and the Narthex to the Community Center, so that demolition work could begin in these areas to make room for the pews.  On May 25th, 2021, seven Knights worked to remove all the items from the Music Director’s office (filing cabinets, large bookcase, desk etc.).  Knights also shortened a wall in the prep room closet.  On May 31th, 2021, nine Knights arrived at 9am to cover the Stations of the Cross, the stained glass windows (2 were completely removed) the altar and anything else that would be damaged by dust.  Knights also removed all the fasteners holding the pews in place – that involved removing all the hold down nuts.  And finally on June 1, 2021, eight Knight arrived at 9am to move all the final loose ends from the chapel and the sanctuary including taking down the drapes in the chapel.  All this work had to done before the pews could be moved into the Narthex.

David Dybala and Dan Sherridan are the collaborating engineers on this project and have spent many hours on planning and preparing for this moving event.  A large debt is owed these two men.    After all is said and done, the Knights of Columbus (we’ll call them Knight Hands) worked about 108 man hours thus far to get the church ready for floor restoration.  It’s easy to calculate the savings to this parish these men have effected by their dedication to the church community and the Knights of Columbus.  I suspect it will again take about this many hours to put everything back the way it was once the floors have been restored.  Oh Boy.  Thank you men.