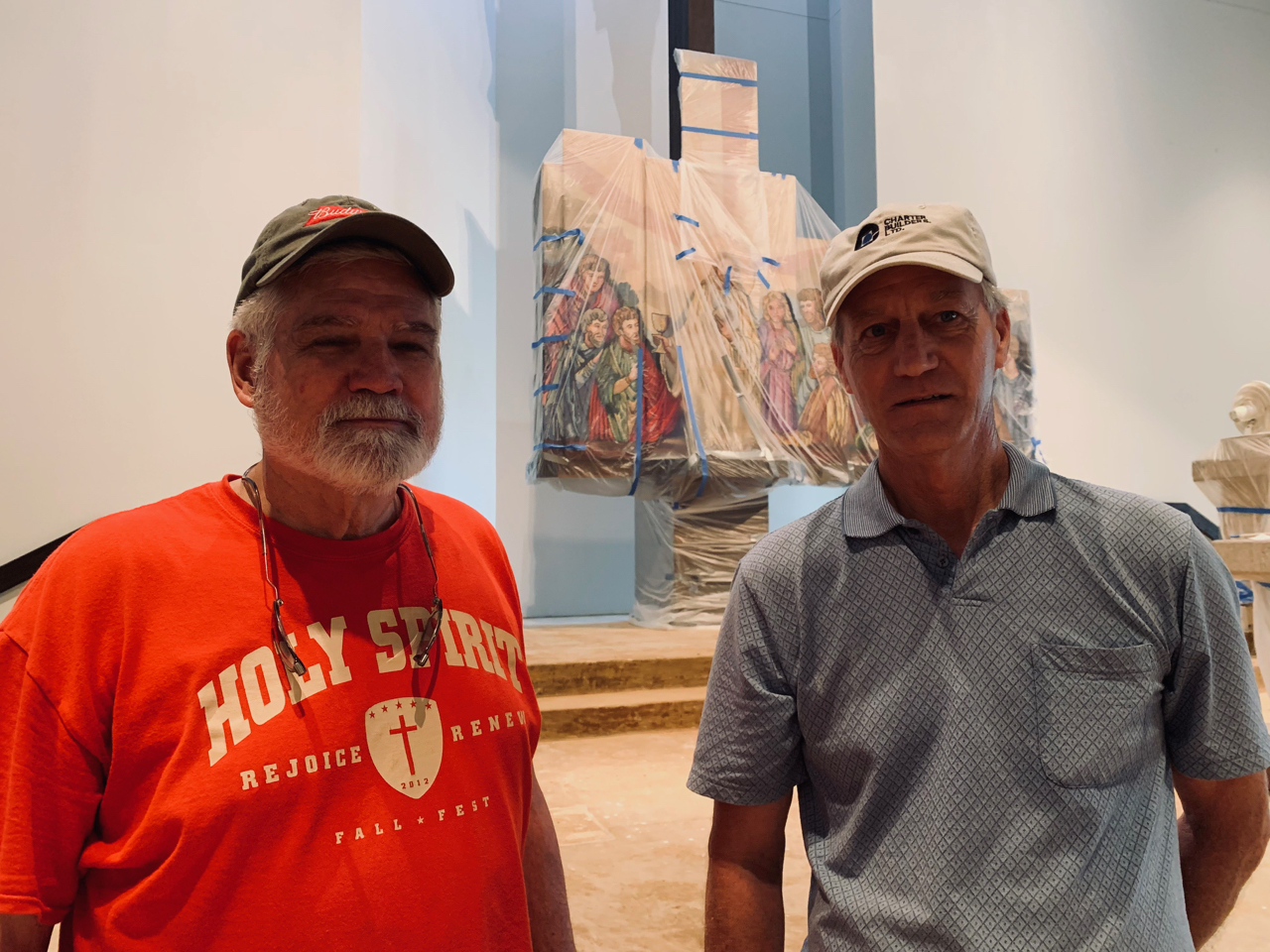 John Espree, Manuel Urias, Carlos and Profi Limones, John Monturo, and Jim Ouimet, loaded the pews in the Narthex on dollies and rolled them into a staging area in the sanctuary. Russell Gully, Mike Fitzgerald, Keith Archer, Allen Reitmeier, Art Rodriguez and Jorge Ruiz did the heavy lifting as the pews were lined up into position. David Ybarra and Efrain Ochoa guided the pews onto the bolts. Dan Keough, Paul Ryan, Robert Nieto, Frank Salazar, James Smith and Jack Ramsden then secured the pews to the floor by installing the nuts on the hold down bolts. David Dybala supervised the whole affair. To our delight Father Eugene appeared and pitched right in and helped with the heavy lifting for at least 2 hours. We were most impressed. A number of anchor bolts had to be replaced and epoxied into place (David Dybala also did this with an assist from Dan Sheridan). Re-installing the pews took a total of about 76 man hours.

During the recent officer installation ceremony Fr. Eugene thanked the Knights of Columbus for their work which he described as “unbelievable”, and praised the “spirit of the Knights”.   We all agreed that we do what we do for our priests and our church.  Thanks you men for your untiring devotion to our church, community and the Knight of Columbus