Little League began with a “bang” this past weekend of February 25th and 26th as Cedar Hill Baseball hosted 50 teams out of a 171 team Metroplex NIT tournament.  Those 50 teams played 61 games at Valley Ridge Park on Saturday and Sunday and 31 games were played at Dot Thomas Park as well on Saturday and Sunday.  Since the weather was cool, few drinks were sold; but the hot cooked food was a real hit.  The two locations served about 700 hot dogs, 350 Nachos, at least 100 servings of chicken nuggets, countless French fries – well you get the idea how busy everyone was who volunteered during the tournament. 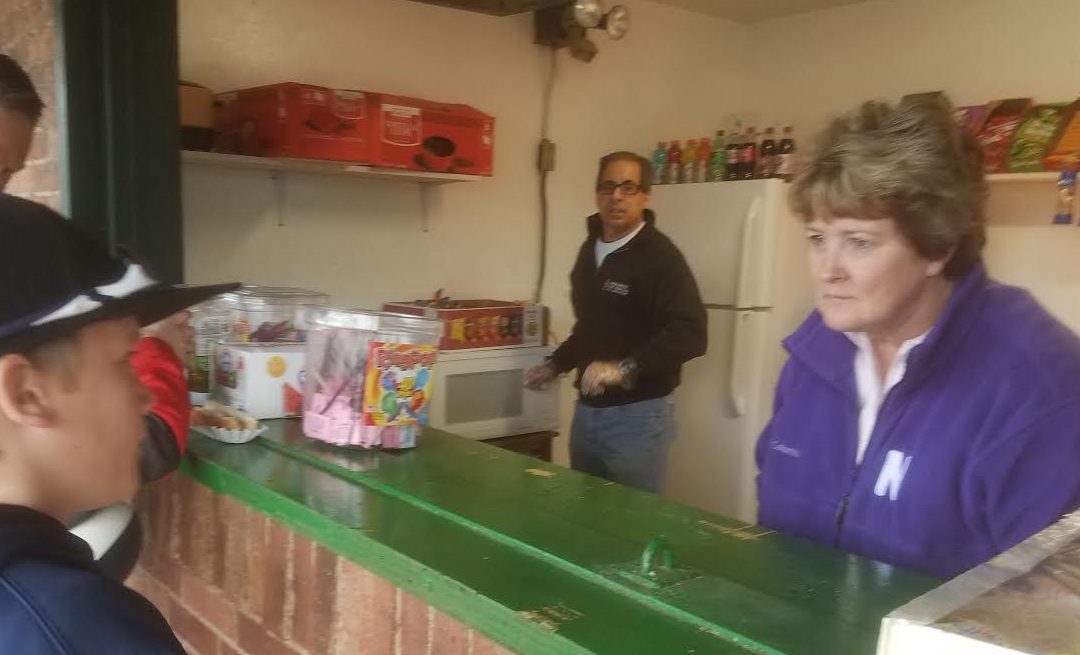 Frank Salazar and Jim Russell kicked off the activities at 7:00am at Dot Thomas; Jim Kowalski and Dick Bates worked the middle shift and Mike Rumsey and Jim Stavinoha work the very late (until 10pm) last shift.  On Sunday at Dot Thomas, Mario Ramos and Jesse Radillo begin the day at 7:00am and were relieved by Peter and Bimbo Perta who worked the middle shift.  The final shift was very late again, but Chris Kubin and Dan Keough stuck it out until the end (again about 10pm).

In total these Knights worked approximately 192 hours for which they generated about $3800 in income; so for each hour worked these Knights and Knightettes generated nearly $20 per hour.  What a wonderful way to start out 2017.  To those who decided to work during this tournament, the baseball committee (James Smith and Andy Goza – buyers; Greg Warr – accountant; Mike Rumsey – maintenance) thanks you so much for your time and effort.  This will probably be the only “thank you” you will receive so know that you work was much appreciated.