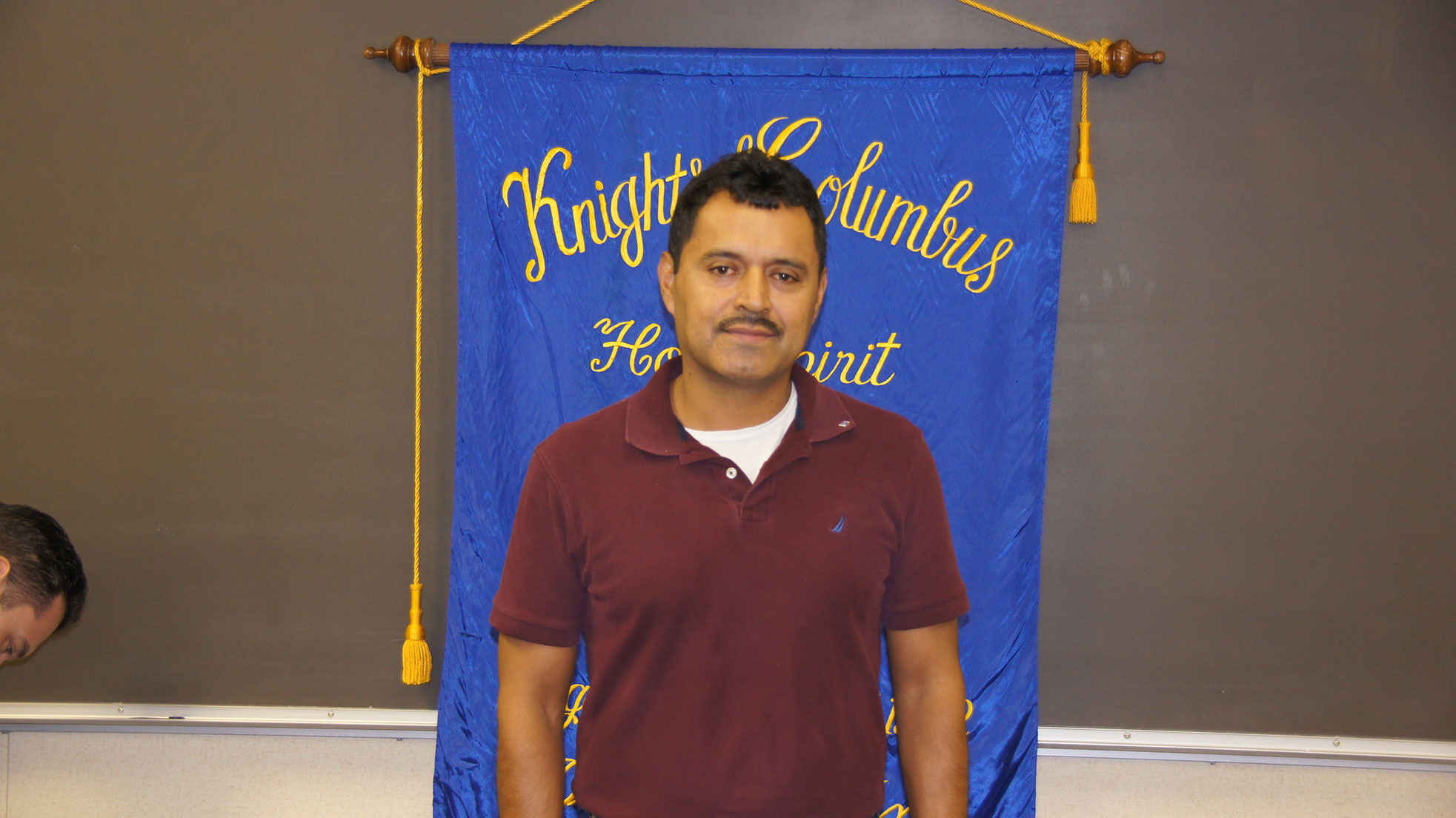 Arturo joined the Army in 1990 for Desert Storm … and was sent to Korea for 14 months to patrol the DMZ with the 2nd Infantry Division. He grew up in Dallas and attended Woodrow Wilson High School and Eastfield Community College. He and wife Lorena were married in 1985, and they have four children. Javier is working, Michelle is a junior at UT-D, Bryan is a sophomore at the School of Science and Engineering Magnet at Townview and Gabriela is a sixth grader at Irma Rangel Young Women’s Leadership School. Arturo has an HVAC degree and works as a maintenance manager. The Bernals live in Dallas and became parishioners last September.