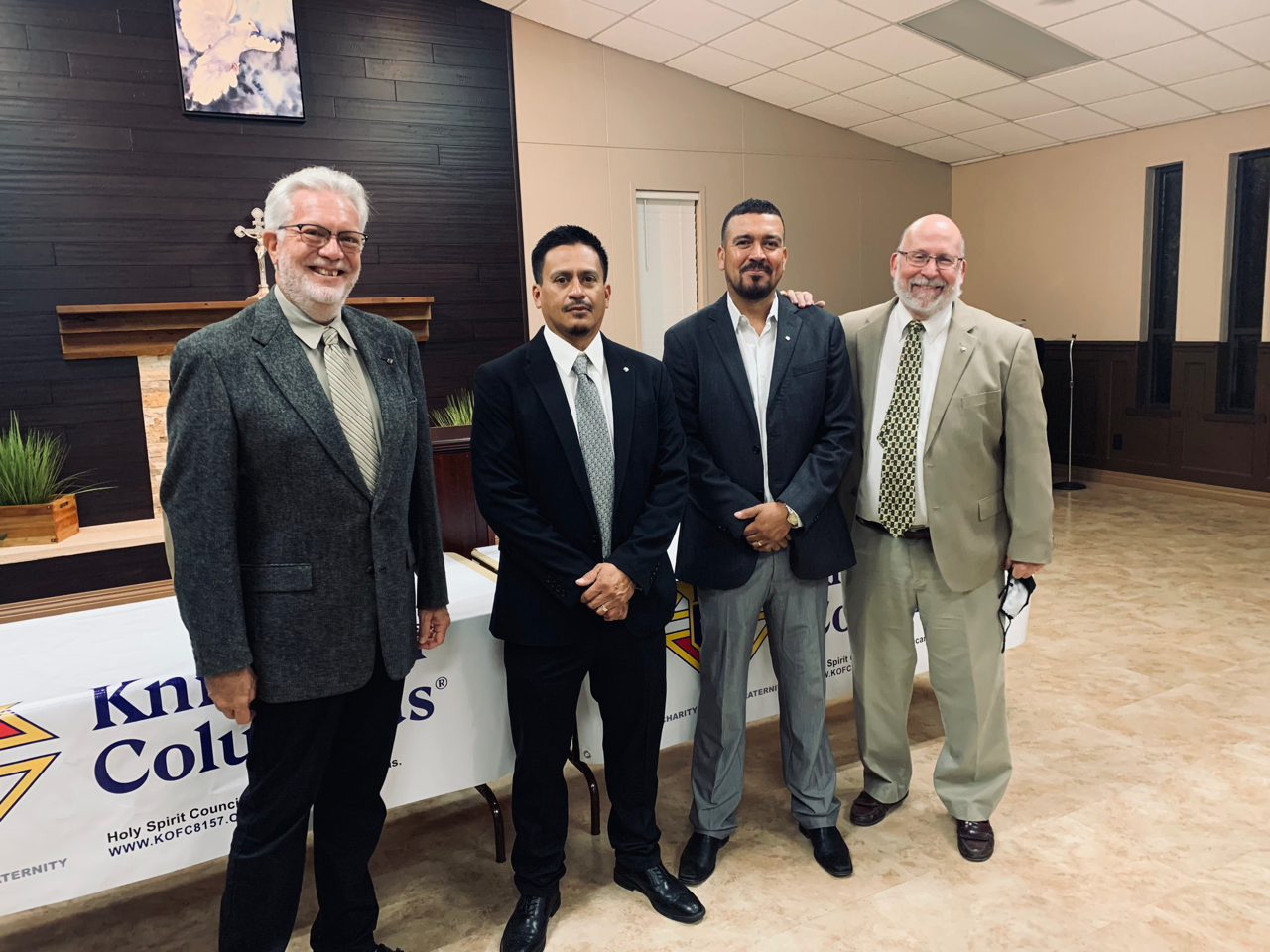 Jesse and his wife (Leticia) have been members of Holy Spirit Catholic Church for the past 15 years and previously were members of St. Cecilia for 10 yrs. They have resided in Duncanville for the past 24 years. Jesse is originally from Guanajuato, Mexico and they have two daughters ages 21 & 18 yrs. and one 25 yr. old son. Jesse attended schools in Dallas & graduated from Sunset High School. Jesse has been employed with the Westdale Co. for the past 13 years doing Assessment Management. He also previously worked doing home Inspections for 8 years in the DFW Metroplex. Jesse’s hobbies/interests include watching all sport events on TV and spending quality time with his family and traveling on vacations. I asked Jesse why he decided to join the Knights of Columbus, he responded “he would like to be more involved with our Church and help out wherever the need arises.