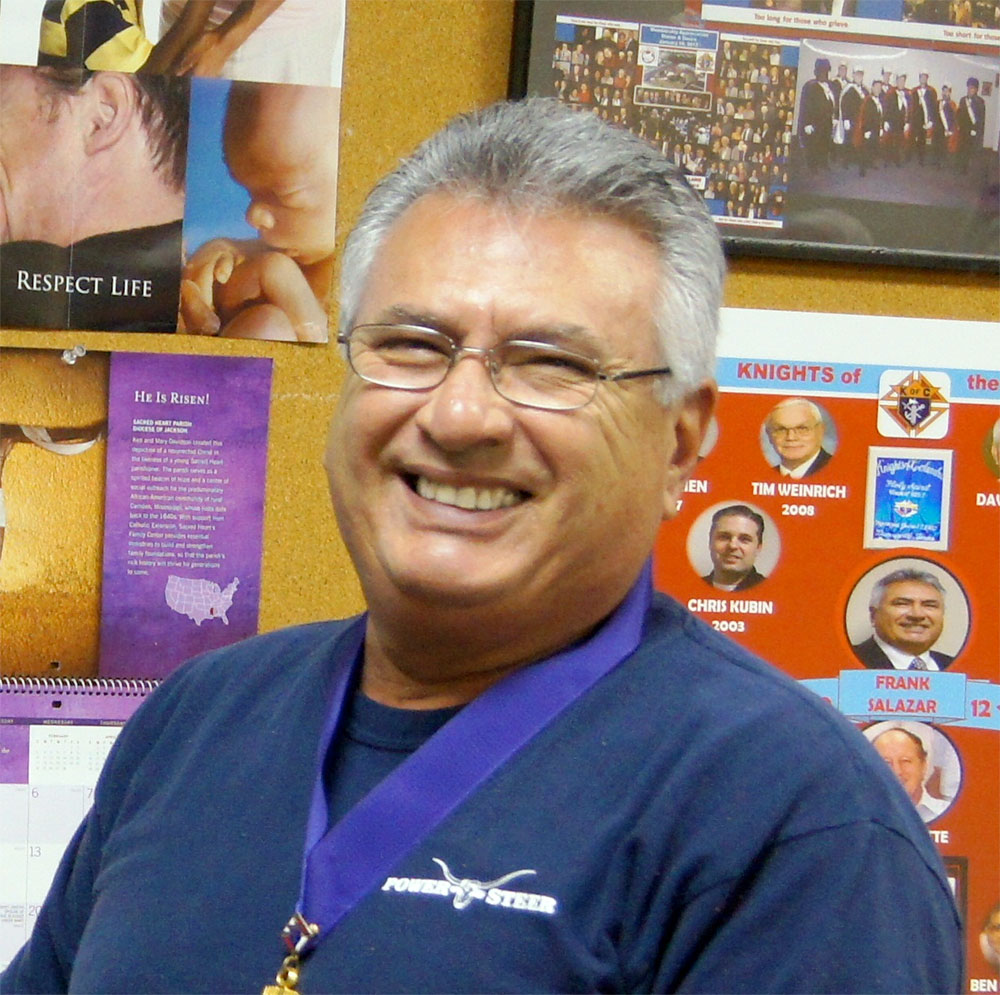 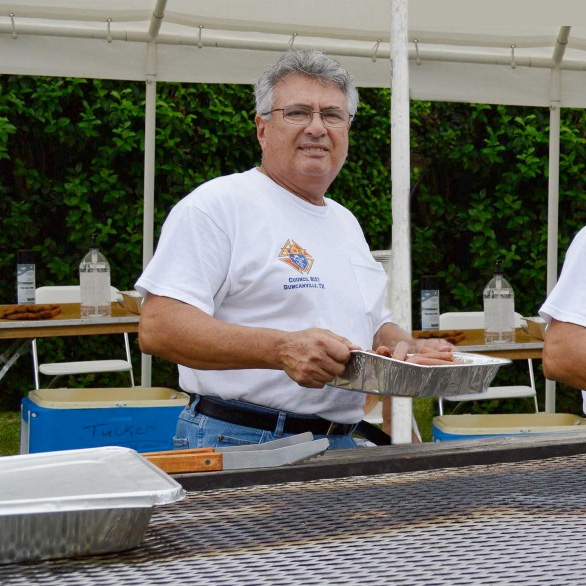 Frank Salazar is a self made man. He came to this country at a very young age and has been more than just a survivor. He is deeply compassionate in his beliefs and his way of thinking. He is a person that does not mind getting his hands dirty. Some might say that he learned some of this being in the military. Frank has always been a person that could and always lead by example. He is not too good to take on any task that is set before him.

Frank came on board with the Knights taking his First Degree in August of 2008 and his Majors in November of the same year. He then followed up by becoming a 4th Degree Knight shortly after that. Frank wasted no time getting involved with our Council. He became the inside guard under the leadership of Past Grand Knight Chris Edwards. After his term of two years he became the Deputy Grand Knight under the leadership of Past Grand Knight Andy Goza. He certainly did excel in knowledge and showed many great qualities and would soon become one of our best Grand Knights of Council 8157. He did such a great job he was awarded the Knight of the Year. He definitely did deserve this most prestigious award. I just knew that there would be even better things to come to our council.

After his term as Deputy Grand Knight he took over as Grand Knight and even more things began to fall into place. We had just created a First Degree Team as he took over as the leader of the Council. Under his leadership for his two year term, the council has received many awards that no other leader has accomplished at Council 8157. Just to name a few is the award for having the most First Degree ceremonies in the State in his first year in office. He followed that by doing it a second time. Membership has nearly doubled during his term in office. He attributes this to the entire council getting involved and being very supportive. I feel the most awesome of his accomplishments is the fact that the Council made Double Star Council which has never been done in our 32 year history. That means that we doubled our recruitment goal. Hopefully we should be learning very soon that we accomplished this goal again his second and final year in office. What else can be said other than the past two years has been the very best in Council 8157 history. There is no disputing this, it is just fact. I think we can all say with confidence,” Fantastic Job Frank Salazar!”.