[dropcaps] W [/dropcaps]ow!!!   What a huge turnout for the first fish fry of the 2014 Lenten season.  Thirty six Knights of Columbus helped set-up, cook, serve and clean-up starting early in the afternoon and finishing around 7:30pm.  Not only was there a record turnout of Knights (36 – beat last year’s record by 6), there were also a large number of folks who came to partake of the meal – approximately 220.  As per tradition, Knights served catfish (hand breaded and deep fried), French Fries, baked beans, salad and drinks.

Congratulations and “thank you” to the newest Knights who had their first opportunity to participate in a fish fry.  They were:

Thanks as well to those Knights who help at the fish fries some of the time.  They were 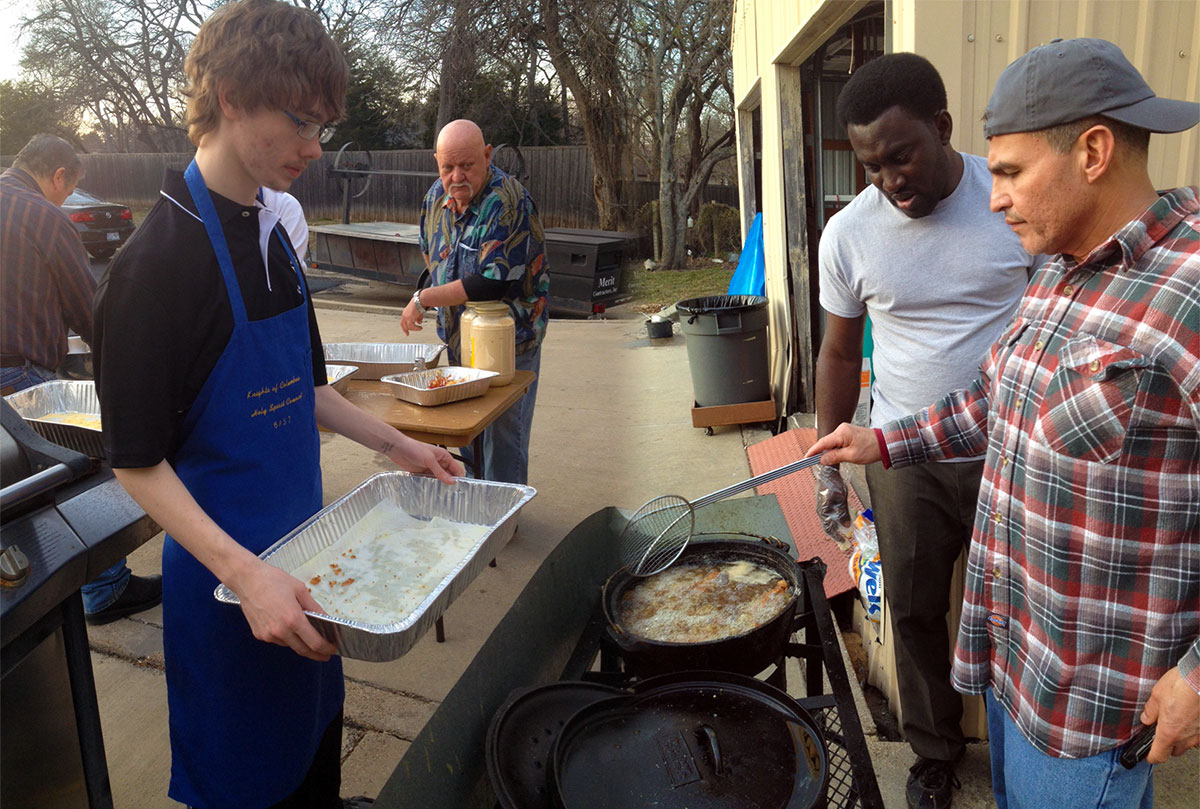 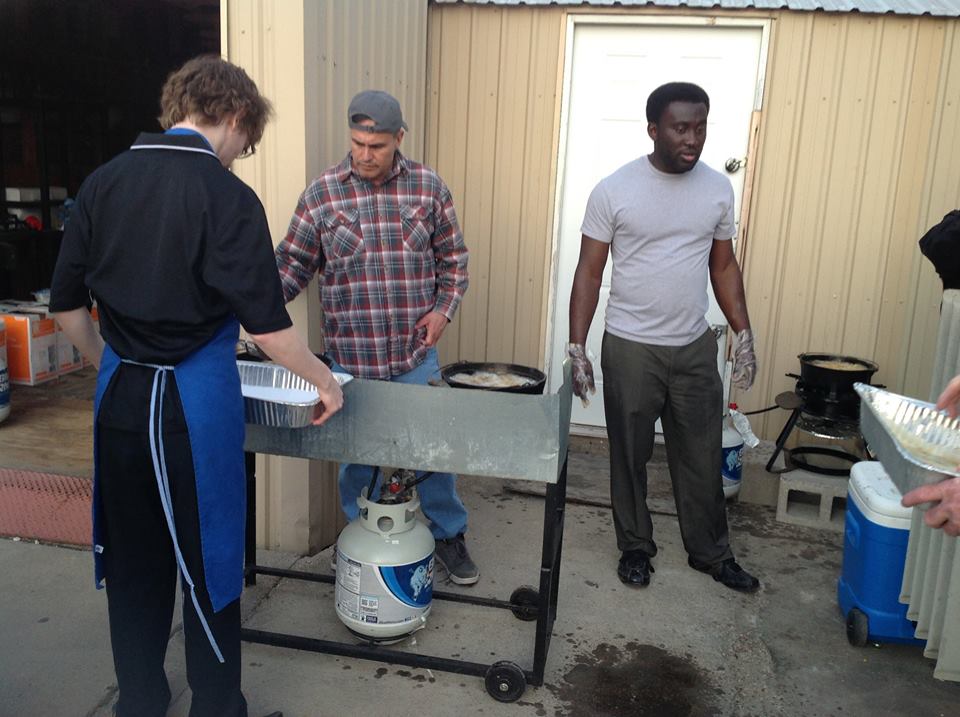 And a very big “thank you” to the veterans who work almost all the fish fries.  They are:

Many of these same Knights helped with clean up and restoring the gymnasium to its original condition.  This was more than a work detail – this was an opportunity to meet new Knights, catch up on what’s happening in each other lives and generally have fun.  What a gala event it was!!!!! 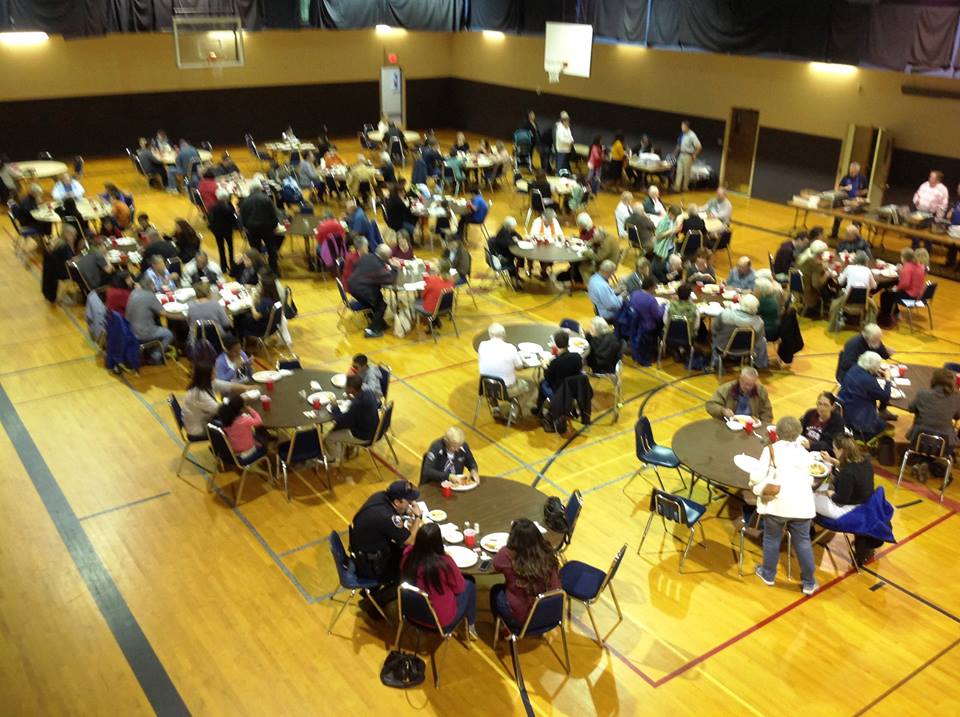