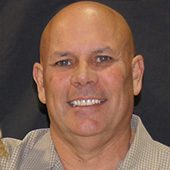 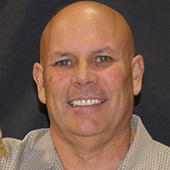 [dropcaps] W [/dropcaps] hen attending or working at any of the fish fry dinners this Lenten season, take a moment to appreciate that Rod took it upon himself a few weeks back to spend twelve hours cleaning the council’s deep fryer by himself. If you’re thinking Rod did that as penance of some sort, there’s a sliver of truth in that. “Every year after the fish fries, we drain the oil out of it and then clean it,” said Rod, who has helped regularly at the dinners since joining the Knights in 2010. “I’d done that the year before but really didn’t have any tools. So I looked the thing over and put a plan together and cleaned it top to bottom.” But why solo, Rod?  “I was kind of making it up as I went along. I bought some cleaner and some gloves and brushes and that kind of thing. I had the procedure. But until you’ve been through it once, you just kind of feel your way along.” Rod and wife Lynn became parishioners soon after they moved here from South Carolina in 1986, and Rod went through RCIA at Holy Spirit shortly after that. They met at Oklahoma State, where he earned a degree in radiation physics. The couple has five children – Travis (33), Katy (31), Clint (28), Hannah (24) and Amie (14) – and seven grandchildren.