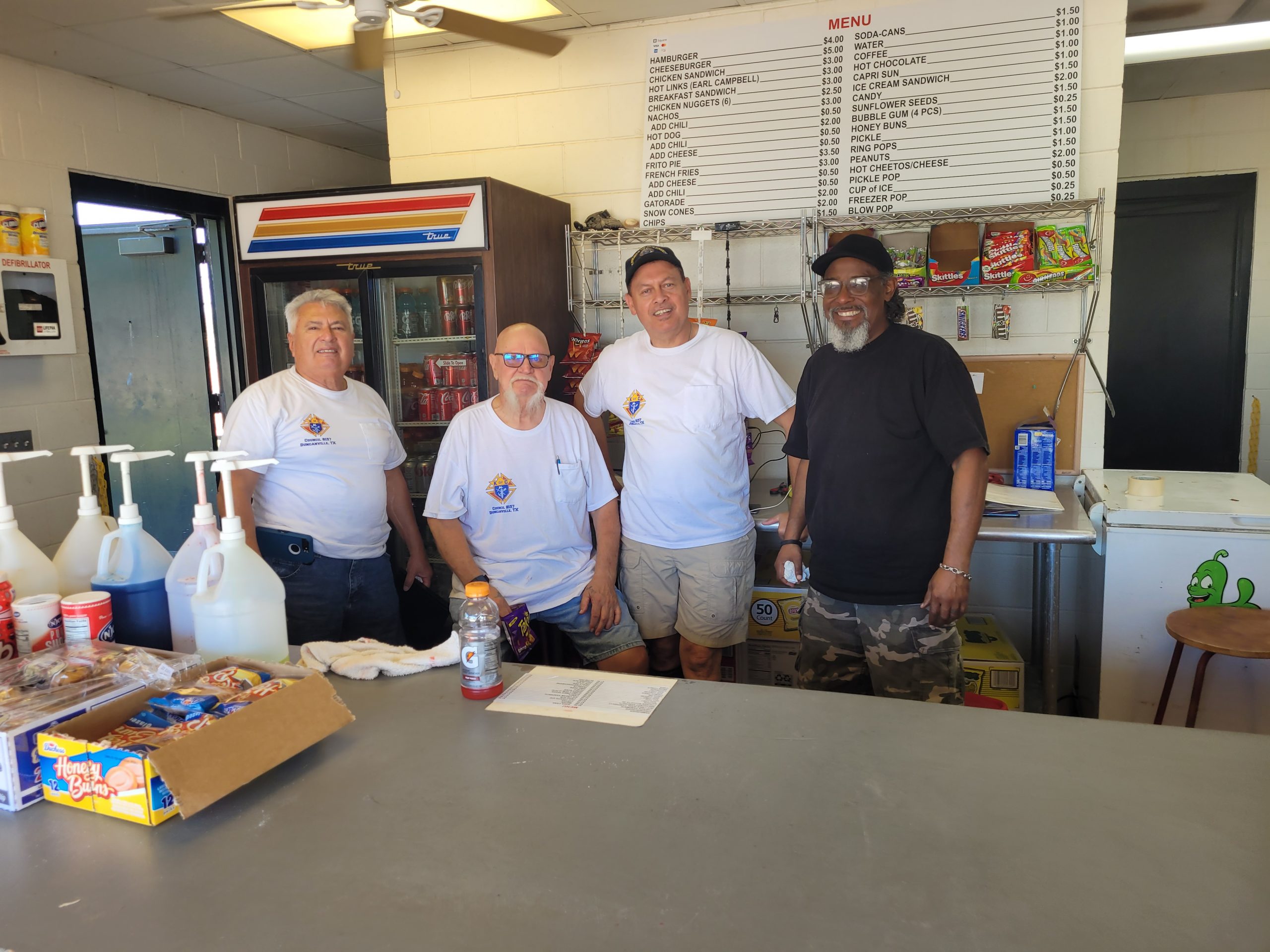 It was good and encouraging to hear the sounds of baseball on Saturday September 10 during the “kick-off” of the fall little league baseball season.  It would appear that lots of people are excited about the upcoming fall baseball season.  Currently there are 33 league games scheduled for the fall season plus an end of the year tournament.  In addition, according to Keith Farrell, president of the Cedar Hill Baseball Association, there may be additional Sunday tournament games during the season.  Good news – we’ll see.

The usual soldiers were in attendance for the opening Saturday of the season – John Espree, who has been working the opening shift on Saturdays for many, many years.  Of course, the shift wouldn’t be complete without Eric Conner who has been a stalwart at the ballpark for many years.   Miguel Hernandez, the Knight who schedules men to work at the ballpark, talked Frank Salazar into helping on opening day this year.   And to complete the roster James Smith was in attendance as well.  James is now the Director of concessions and said,  “I’m happy to be the Director of Concessions; I’ve done the job before so there aren’t too many new things”.

The concession stand offered a complete menu of items that’s been typical for the past years.  Hamburgers are always a big hit as well as snow cones during the hot days.  It was encouraging to hear that the ice machine, thanks to the repair efforts of Jose Montoya, is working and providing all the ice needed to cool drinks and make snow cones.  During the coming weeks there are quite a few games scheduled during the week so be ready when Miguel calls for help.