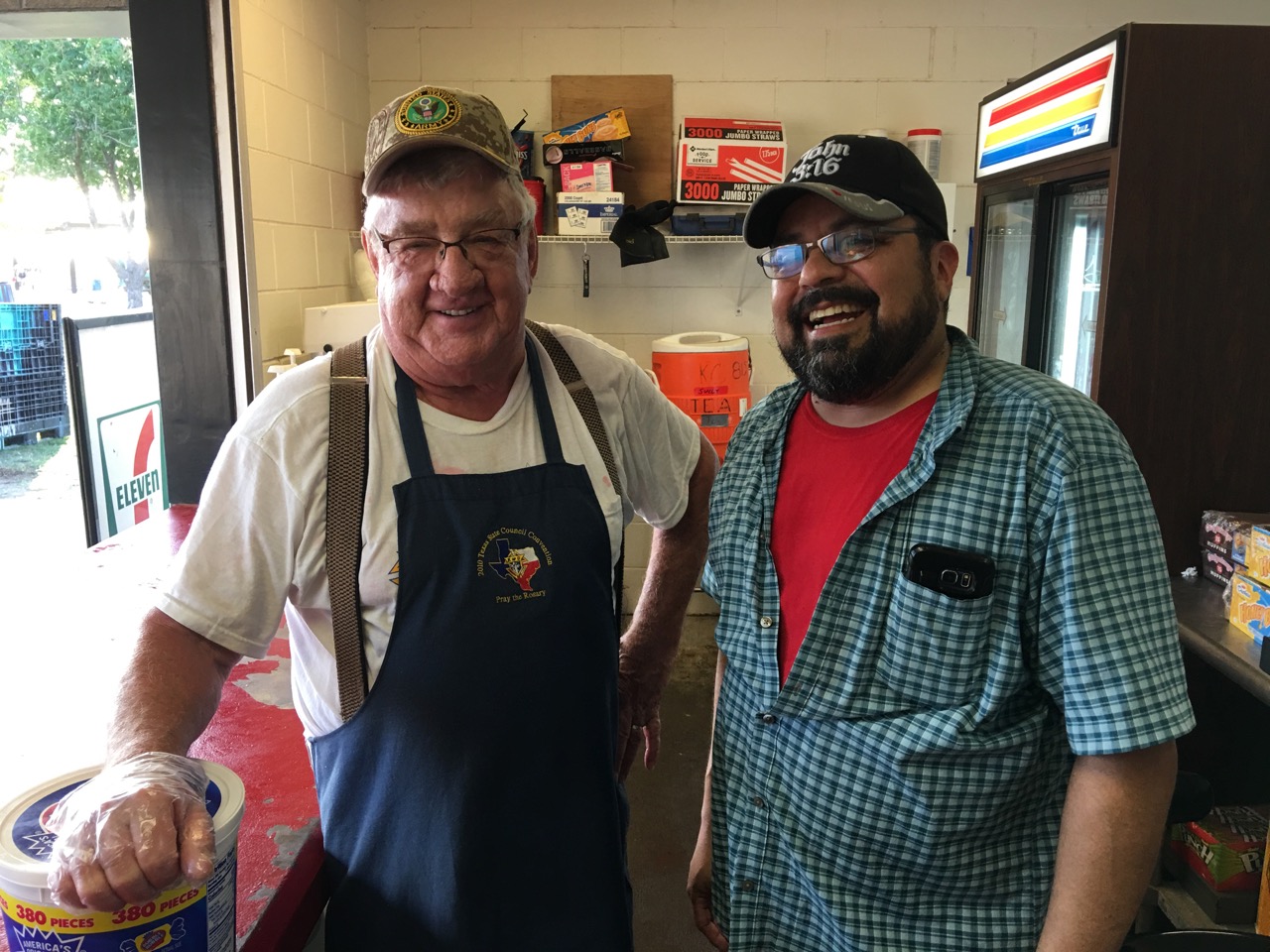 The spring little league baseball season wrapped up this past weekend (Sunday June 23rd, 2019) culminating with the final games of the annual World Series.  For sure there were lots of heroes during the regular season; and the Council is grateful for those efforts.  As you know, the concessions committee lost one of their most prominent members in April (Andy Goza), and Jim Stavinoha had a heart scare and has been out of sorts for a little while.  That left the heavy lifting to James Smith.

James soldiered on working endless hours stocking both the baseball and football concession stands and doing all the behind the scenes work involved in operating a concession stand.

Eric Conner help immensely by scheduling Knights to work the two venues and he worked many shifts at both baseball and football.  He is, for sure, one of the heroes of the past season.

This reporter has firsthand information about the just concluded Class A little league World Series held at Valley Ridge Park and Dot Thomas Park from June 19th (registration day) through Sunday June 23rd.  In total 153 games were played at these two parks and, of course, the Knights of Columbus were there to serve concession at all the games.  I am so proud of all the Knights who participated in this year’s World Series which generated a huge pile of cash for the Council.  For those who are reading this and wondering how much of an impact you may have had, let me just say that for every hour you worked during the World Series approximately $42 of gross income was generated.  Forty two Knights (and family members) worked a total of approximately 431 hours during the 5 day event.

We must recognize those Knights who went above and beyond during the World Series.  For starters, let’s start with Eric Conner and Jesse Stacy (a friend of Eric’s from Holy Cross Council); each worked about 46 hours during the World Series.  Others who worked beyond the call of duty were;  Jorge Ruiz – 18 hours;  Larry Balagna – 23 hours, John Balasa – 18 hours;  Jeff Miller – 20 hours.  Frank Salazar – 9 hours;   Mike Rumsey – 8 hours by himself at Dot Thomas.  Susan Goza who insisted on helping – 10 hours;   Roy Cormier – stayed for two shifts even though it was really hot.  James Smith – did all the stocking and worked a couple shifts as well.  Mike Fitzgerald worked extra time; Greg Warr, who took vacation time to work three shifts; John Espree, who opened both Saturday and Sunday; Doug Maddox who cut his teeth with two long shifts; and so it goes.  Thanks also to Lou Lemon, Paul Ryan, Tony Almanza, Jorge Barragan and his two daughters (Galaiea and Jimena), Gerry and Toni Jacob, Victor Zaragoza ( he was everywhere), Tom Greco (even though he wasn’t feeling so good), Peter Perta (worked by himself at Dot Thomas), Mike Moloughney and his family at Dot Thomas, Jim Russell, who worked multiple shifts, Juan Hernandez (Just back from his honeymoon in Alaska), Hector Rubio, Steve Castillo (welcome back), Jan Araki – came back with a vengeance; Chris Kubin (can always rely on him); Ray Rivera, Steve Zehnder, Jose Montoya, Al Evans, Jim Richardson, Sheila Balagna, and Jesse Radillo all made their presence felt in our effort to serve our customers.

Seems to me, everything we cooked and served was a success.  Hamburgers and cheeseburgers sold well, as did hot dogs (just ask Larry Balagna about hot dogs).  Hot links were popular too and, of course, good old French Fries were always in demand.  We must have sold in excess of 1,000 snow cones, and in the afternoons it was a full time job for one Knight to make them.  A few times whole teams asked for snow cones at once.  Drinks had to be constantly iced down to keep up with the orders.  The beautiful past of this hectic 5 days was the attitude of those working in the heat – never a harsh word was spoken nor a complaint heard – well maybe one.

I am not allowed to publicly publish total numbers – but they were awesome.  Come to the next Council meeting (July 2nd) and those numbers will be spoken of.  For sure it was a fun and exciting and hectic experience to be a part of the World Series event.  Congratulations to all who participated and thanks so much.