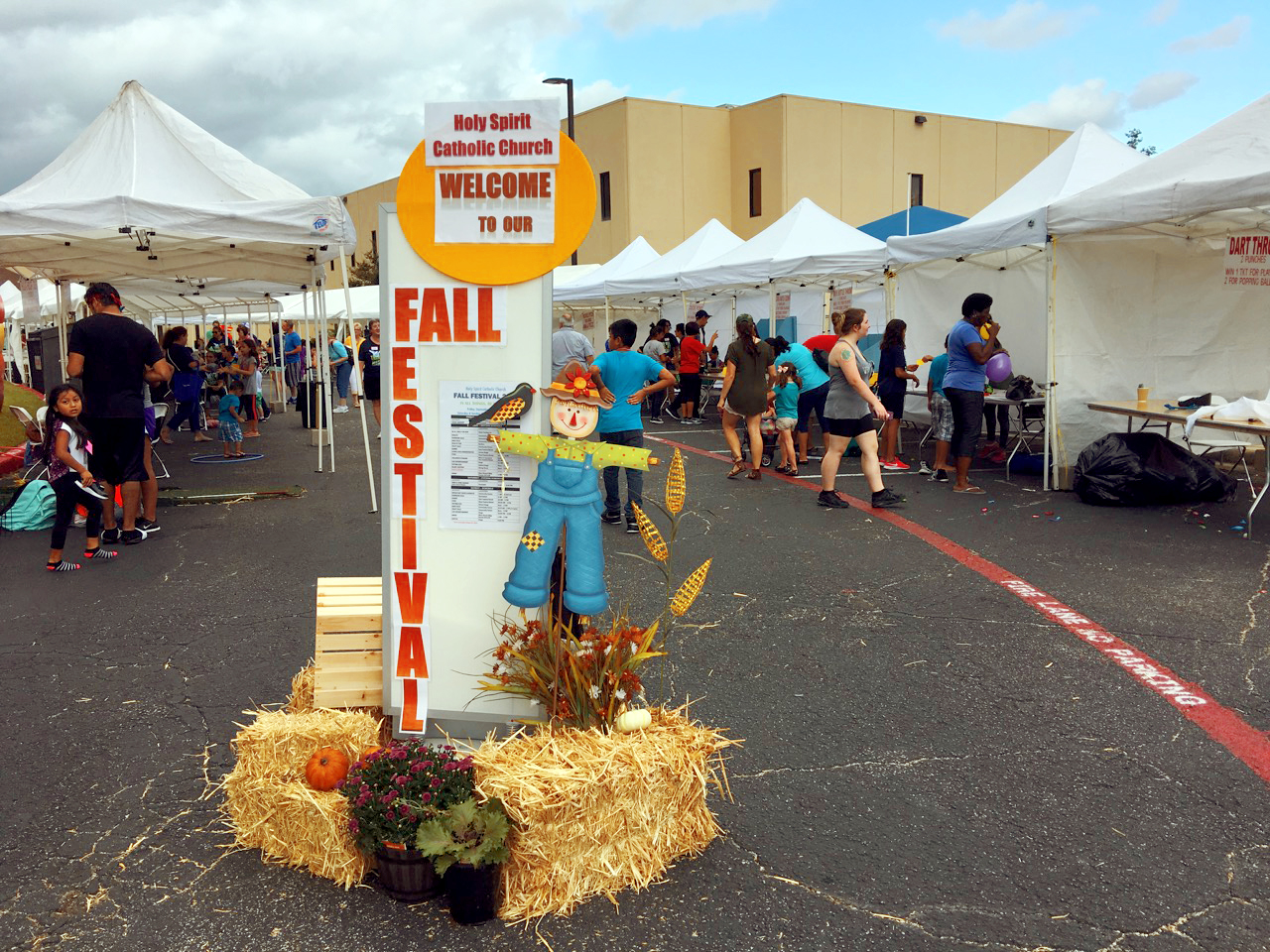 It took more than a downpour to dampen our spirits as the Knights made their annual indispensable contribution to Holy Spirit’s fall festival.

The festival was again under the guidance of a chairman from the KC’s, Chris Kubin. Chris has been overseeing the festival’s food preparation for years and took command of the entire operation this year. The parish is indebted to him for $62,000 brought in during the two-day festivities.

Knights were again present in numerous areas of festival organization and activity. Rod Kinard was in charge of logistics, which began back in July with the installation of the rummage sale’s infrastructure in the gym. Dozens of brother Knights pitched to set up and construct all the needed venues and then take them down, most in a matter of hours after the last penny had been pitched and the last hamburger eaten.

Speaking of which, Jim Stavinoha had plenty of assistance feeding and estimated 1,500 hungry parishioners, relatives and friends.

Mike Moloughney again headed up the children’s games. And in his position as the parish’s liaison with the diocese’s Pro Life initiative, Mike successfully incorporated our annual Hike for Life into the parish’s 5K run/walk. With Andy Goza and Jeff Miller helping get the runners and walkers on their way as Mike concentrated on setting up the games, about 50 participants (including our own Fr. Eugene) contributed $3,000.

It’s difficult to thank so many Knights who work behind the scenes. Like Jack Ramsden and Billy Callender. Few people see them hauling large rummage items into the gym on hot summer mornings. And how many parishioners realize that those delicious cookies are being baked by Mike Fitzgerald throughout Saturday and Sunday?