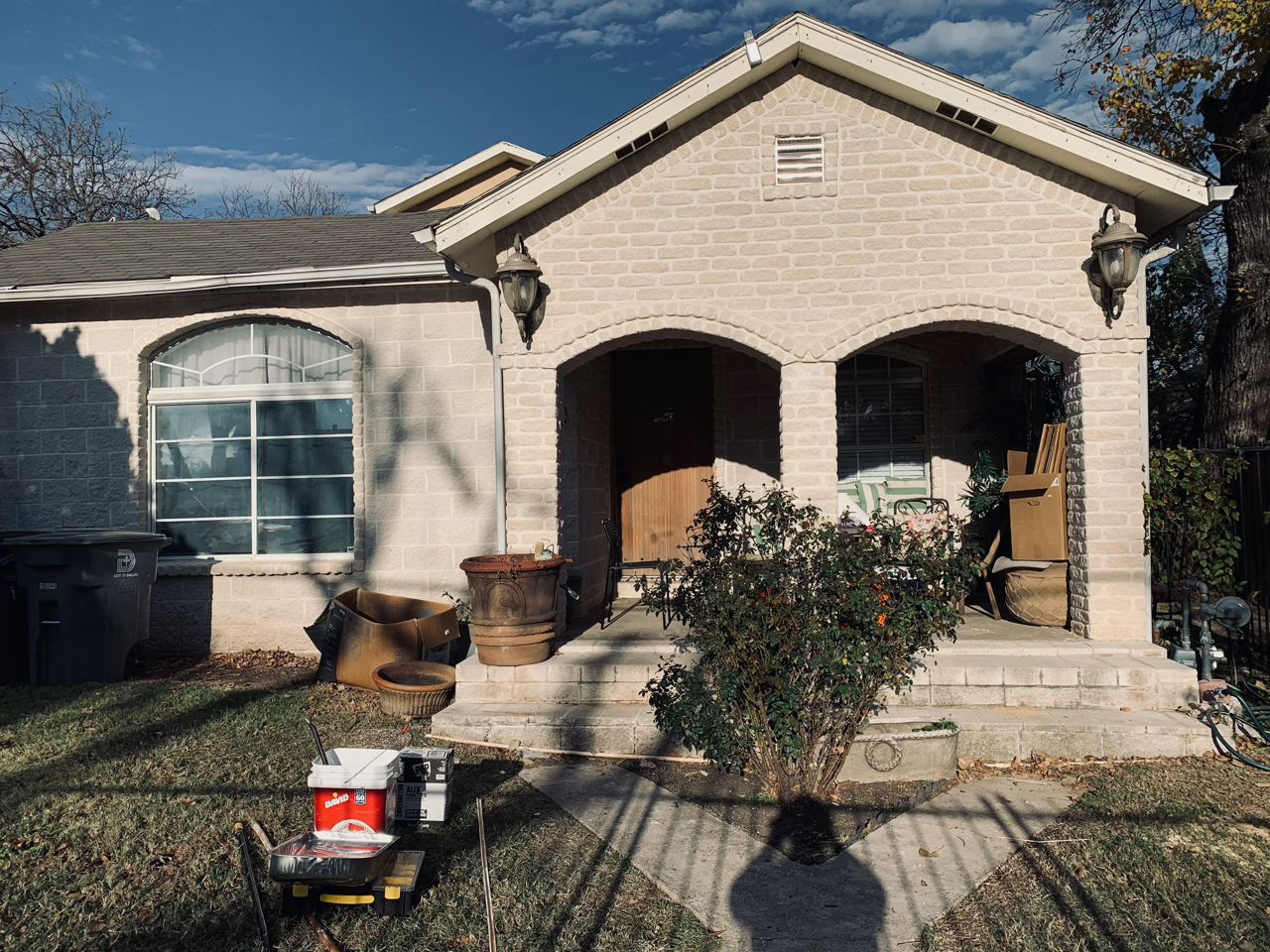 Tony Gonzalez , a Sir Knight Brother, approached Knight Hands a short time ago asking if we could help Nydia Mijangos with repairs to her home.  In March of 2019 Nydia’s home caught on fire around 3am in the morning; and while the fire department arrived within 5 minutes of her call, there was still extensive damage done to her home.  Unfortunately she had not been able to afford insurance on her home and so she is now forced to repair her home as funds allow.  So a year and a half after the fire Tony asked if we could help repair two rooms in Nydia’s home – an upstairs bathroom and an upstairs children’s play room.  Both of these rooms had been previously worked on by friends and relatives; but much of the work had to be completed, redone or changed to meet normal construction standards.

On Saturday December 5th, 2020, seven members of Knight Hands commenced to repair a list of 19 construction items to make the bathroom and children’s room livable.  Prior to this day on December 4th, Steve Zehnder prepped and textured the ceiling and walls in the children’s playroom.   On this same day Ray Rivera arrived to install the faucet on the shower and repair the lavatory sink drain system.  He also assisted in installing the lavatory mirror while Allen replaced the sawed out portions of two window sills.

But the main work happened on Saturday when Larry Balagna and Jack Ramsden started by applying a primer coat of paint on the ceiling and walls of the children’s playroom.  That gave everyone else time to setup their equipment for the trim work that had to be done.

Jorge Ruiz and Jack Ramsden took on the task of installing crown molding at the ceiling in the children’s play room, while Dan Murphy, Larry Balagna, and David Ybarra tore off old bottom trim.

They (David and Dan) then turned their attention to trimming out the bathroom which doesn’t sound like too much of a job, but there were many, many intricate cuts in order to get the job done – especially around the tiled section behind the commode.  The door opening to the bathroom was a nightmare that Larry Balagna handled with ease.  Once Jorge and Jack finished with the ceiling crown molding task, they installed bottom trim on the children’s playroom.

Tony Gonzalez and David Ybarra were busy spackling nail holes and joint as the day wore on.  Most everyone got involved in final preparation for painting and then most everyone participated in painting the children playroom.  Dan Murphy handled the task of installing can light covers in the bathroom and children’s playroom and a bathroom exhaust fan cover.  Jorge Ruiz with an assist from Jack Ramsden also rebuilt the attic access doorway.  The final task was clean up and installation of a ceiling fan – handled by Dan Murphy and Larry Balagna.

Throughout the day everyone dug in and worked in tight quarters with a smile and a happy disposition.  This was a tough job – not a job for amateurs and this group worked like professionals.  We worked from 8am until about 4:15pm with just a short break for ham sandwiches.  Kudos to Dan Murphy, Jack Ramsden, Jorge Ruiz, Larry Balagna, David Ybarra, Allen Reitmeier and Tony Gonzalez for a job well done.   Knight Hands had previously agreed to do the following:

And we completed all of these tasks.  Nydia was most pleased with our work.  In total Knight Hands worked about 64 man hours and spent about $353 in material expenses.  This was just another example of the call to charitable contribution being answered by the Knights of Columbus.  We should all be proud of what we do and the manner in which we do it.